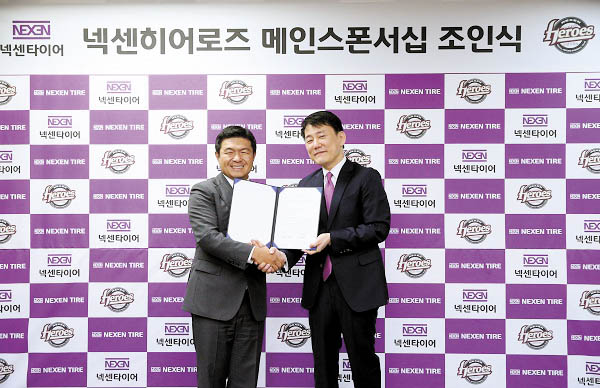 Nexen Tire President Kang Ho-chan, left, and Heroes baseball club CEO Lee Jang-seok hold the main sponsorship agreement in Seoul on Thursday. The Heroes, who are the only KBO club not owned by a local conglomerate, were first rumored to sign a naming sponsorship with the controversial Japan-based financial company J Trust Group, but decided to renew the contract with Nexen Tire which has been sponsoring them since 2010. The deal runs until 2018, and the local tire manufacturer will reportedly pay the Heroes 10 billion won ($8.8 million) per year. [Nexen heroes]