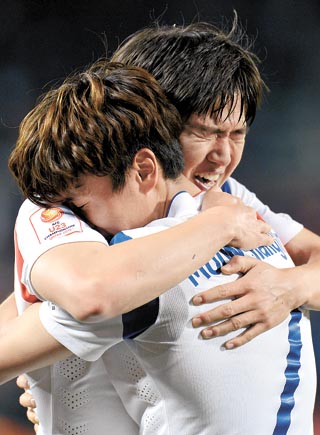 Goal-scorers Kwon Chang-hoon, left, and Moon Chang-jin hug after Korea defeated Qatar 3-1 in the semifinals of the AFC U-23 Championship in Doha, on Wednesday (Korean time). Korea’s under-23 men’s football team will make its eighth consecutive appearance at the Olympics - a world record - thanks to the victory. [NEWSIS]