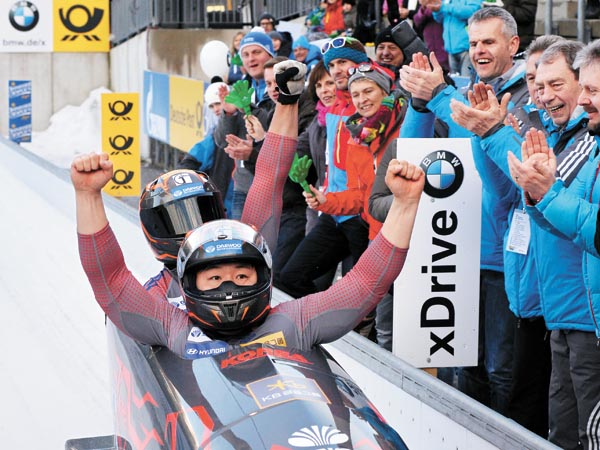 Korea’s winners Won Yun-jong, front, and Seo Young-woo celebrate in the finish area after the two-man bob race at the Bob World Cup in Koenigssee, southern Germany, on Saturday. Pilot Won Yun-jong and brakeman Seo Young-woo gave South Korea its first overall bobsled World Cup title by winning the final race of the season Saturday. The two-man title is the first in the sport for the host nation of the 2018 Winter Olympics. [AP/NEWSIS]