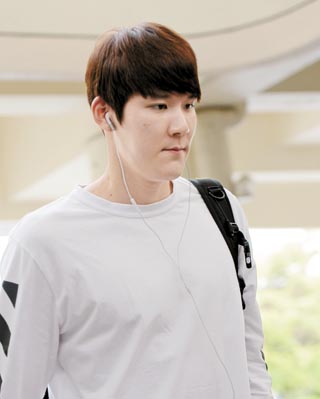 Park was suspended for 18 months by the International Swimming Federation (FINA) on Sept. 3, 2014, after he tested positive for testosterone in an out of competition test. FINA conducts doping tests regularly for its athletes.

Under FINA rules, an athlete under suspension “cannot participate in a training camp, exhibition or practice organized by his or her Member Federation or a club which is a member of that Member Federation or FINA or which is funded by a governmental agency” for the duration of their ban. Park was also stripped of all the medals that he earned from September 2014, including six medals from the Incheon Asian Games in September 2014.

Under FINA rules, Park can compete in the Rio Olympics as his suspension has expired.

However, Korean Olympic Committee (KOC) regulations stipulate that any athlete found guilty of a doping offense will automatically be suspended for three years. This would mean Park’s suspension would stay in effect until September 2017.

The conflict between the two organizations has left Park in limbo, although the KOC has agreed to reconsider Park’s position and exempt him from the three-year ruling.

The decision on whether or not the 26-year-old will be allowed to qualify for the Summer Games faces a deadline as the first round of trials for the national swimming team began on Feb 25. The next trials are slated for late April, which means that if the KOC’s disciplinary rule is not waived for Park by then, his chance to secure a spot in the national team is unlikely.

Meanwhile, Park’s coach Rho Min-sang has been questioned by prosecutors involved in the ongoing corruption investigation of the Korea Swimming Federation (KSF). Rho has been dismissed from the KSF.

Rho has been helping Park with his training during the suspension by providing Park a general membership at Rho’s swimming pool, which is associated with neither the KOC nor KSF.

If Park’s KOC ban is waived in time, the trial meet in April will be his first official swimming event since his FINA suspension.