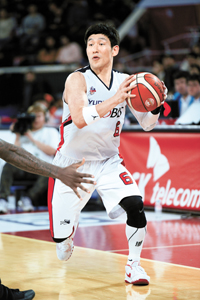 Ulsan Mobis Phoebis, coming out of a 76-61 victory over Seoul SK Knights, hosts Incheon ET Land Elephants hoping to gain its first win against the Elephant this season.

Although Lee Jong-hyun, rookie of the year contender, missed the majority of the game in January due to a foot injury, he has performed above expectations on the court as he has been averaging 11.5 points per game with 8.6 rebounds and 2.5 assists. Against the Knights, Lee scored 13 points with 11 rebounds and one assist.

Yang Dong Geun, captain of Phoebis, also making his comeback from an injury, has been averaging 10.6 points per game and scored 11 points with two rebounds and five assists against the Knights. 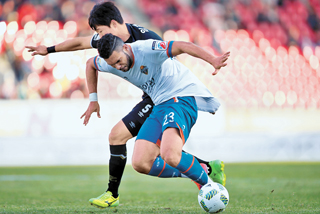 Gangwon FC starts its season as they travel to Sangju to play its season opener against Sanju Sangmu FC.

Gangwon returns to the Classic after getting demoted to the Challenge league in 2013.

After it was promoted to the Classic after the season last year, Gangwon went on a recruiting spree over the winter transfer window, acquiring talents such as Jung Jo-gook and Lee Keun-ho. Jung played for Gwangju FC last year and spent the best stint of his career there, while Lee played for Jeju United FC for a season after returning from the Middle East. Under the manager Choi Yun-gyum, who brought Gangwon back to the Classic, the team’s goal is to finish near the top of the league and clinch a spot in next year’s Asian Champions League. 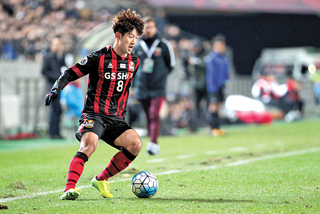 The defending champion of the 2016 K-league Classic title is ready to start its season, as they will host the Suwon Samsung Bluewings.

Although Seoul lost its Asian Football Confederation match against Urawa Red Diamonds 5-2 on Monday, the team hops to start strong in the K-League hoping to defend their 2016 title. Seoul losing its leading striker, Carlos Adriano, who decided to transfer to China, is not yet a concern for Hwang Sun-hong, the manager, as the gap will be fulfilled by the team’s main strikers, Park Chu-young and Dejan Damjanovic.