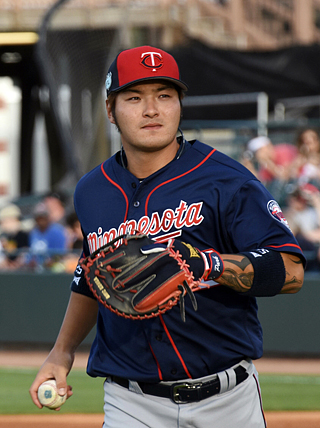 Park Byung-ho of the Minnesota Twins hit a solo home run, his fifth in spring training exhibition games, to lead the team to a win against Tampa Bay Rays 1-0 at CenturyLink Sports Complex in Fort Myers, Florida, on Tuesday.

Park, who was the seventh designated hitter for the Twins, hit his fifth home run since the game against the Toronto Blue Jays on March 21.

Park was on bat for the first time in the game during the second inning but was struck out by Chris Archer.

In the fifth, as the leadoff batter for the Twins, he was given a walk to first base. With two outs at the bottom of seventh, Park hit a solo home run over the right fence against Austin Pruitt to break the 0-0 tie, helping the Twins win.

“It’s less of a mechanical thing than a timing thing with a bat,” Park said during his interview with MLB.com. “My timing has been great at the plate. It’s worked out really well for me.”

After ten seasons of playing in the Korean Baseball Organization, Park signed a four year, $12 million contract with the Twins.

Despite expectations, Park had a disappointing major league debut, which led him to be demoted to the minor league and conclude his season early. In his first year in the major league, Park recorded a 0.191 batting average with 12 home runs, 24 runs batted in, 21 walks and 80 strikeouts.

When he returned from the off season, he was designated for assignment from the Twins and was transferred to the minor league. As a result, Park is now playing in spring training exhibition games under invitation.

To recover from his weak performance last year, Park worked on his physical condition and shortened his swing to handle fastballs better during the off season.

He has therefore been showing marked improvement. In spring training exhibition games, Park recorded a 0.362 batting average with five home runs and ten runs batted in as of Wednesday.