Barcelona forward is hungry for victory

Barcelona forward is hungry for victory 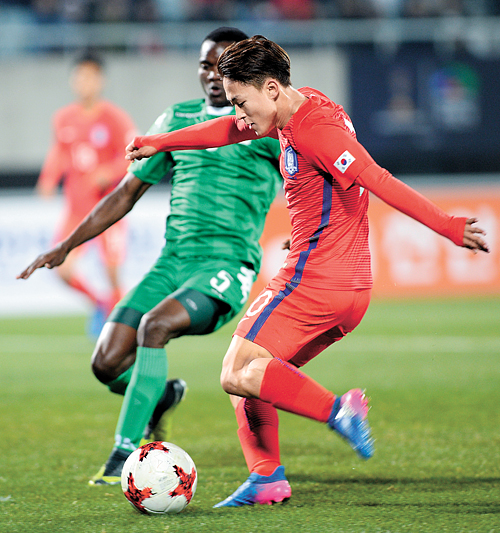 Lee Seung-woo, in red, focused on physical conditioning for the past three years in preparation for the U-20 FIFA World Cup. [KIM CHOON-SIK]

The Korean national football team’s goal at the upcoming FIFA U-20 World Cup is to advance to the quarterfinals, but Lee Seung-woo of Barcelona Juvenil A has an even more ambitious goal in mind - repeating the 2002 World Cup success. And he’s already proven he has the stomach for it.

A number of big clubs from the European leagues will be watching Lee at the upcoming event, and hoping to make this a turning point in his career, he therefore began preparing three years ago with a professional trainer named Lee Jung-woo, who helped him change his diet and lower his body fat percentage in order to become a better player.

Lee Seung-woo, who is now 19 years old, was the top scorer in the 2010 Danone Nations Cup at the age of 12. As a result, FC Barcelona invited him to play for the club, which he did with great success, winning a series of awards until FIFA banned him for violating the youth eligibility rules.

At the 2014 AFC U-16 Championship qualification, he scored four goals against Laos and netted five against Japan during the semifinals. Upon turning 18, he was again able to play in official matches, and returned to FC Barcelona Juvenil A as a forward. The only problem was, he didn’t take to Spanish cuisine, indulged in too much comfort food, and put on weight. 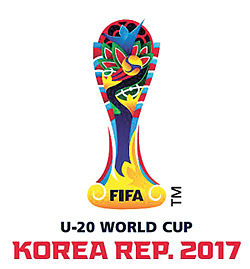 “Though Seung-woo was a picky eater, when he had Korean food, he ate a lot,” his trainer said.

In 2014, at age 16, Lee’s body fat percentage was 20.1 percent, but the recommended level for Barcelona youth football players is 14 percent, so Lee Jung-woo developed a menu for Seung-woo and saw that he stuck to it.

“Thankfully,” his trainer added, “since he had a clear sense of purpose, he followed the diet well.”

Within three years, he made significant progress. Last month, his body fat percentage was 13.4 percent. He has also improved his strength and when his club recently held a strength test, Lee finished first among Barcelona Juvenil A players.

“My original goal was to maintain Seung-woo’s speed and improve his power and aggression,” Lee Jung-woo said. The feat was a challenge for Lee Jung-woo, too, who asked Kim Yuna’s trainer for advice and studied medical literature to develop an effective program.

“Now I can compete against bigger players,” Lee Seung-woo said. “Since I joined Barcelona Juvenil A, my goal was to make it to the senior national team and Barcelona FC. I want to challenge myself further after leading the team to a win at the U-20 World Cup.”

The U-20 Korea national team will start its World Cup match against Guinea at Jeonju World Cup Stadium on May 20.