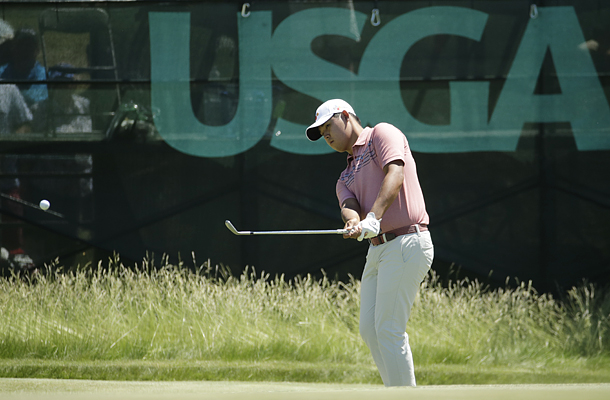 Upon completion of the U.S. Open at Erin Hills on Sunday, Kim Si-woo got on a plane to Texas. Kim, who started the final round tied for sixth, three shots behind the leader, ended up shooting three-over par to finish tied for 13th.

“I have some regrets, but overall, it was a good experience,” Kim said after the round. “It was my first time at the U.S. Open and first time making a cut at a major tournament.”

Last month, Kim won the Players Championship, golf’s “fifth” major, and with the purse of $1.89 million he received from winning, Kim bought a house worth about $700,000, his first home since he moved to the United States in 2013.

“Before I won the Players Championship, I just couldn’t buy a house because I didn’t know when I was going to lose my tour card,” Kim said. “Since I earned a five year seed along with a victory, I’m excited to move into my new house.”

Just like any other PGA tour golfer, until Kim won the tournament, his life in the United States was unstable. Though Kim earned a full seed through the 2012 PGA tour qualifying school, becoming the youngest golfer to do so at 17 years of age, due to the age limit, Kim lost his seed without getting a chance to play a full season. Kim spent two seasons, in 2014 and 2015, on the Web.com tour.

Once he was given his PGA tour card in 2016 after finishing inside the top 10 money list on the Web.com tour, Kim captured his first PGA tour event, the Wyndham Championship, and was given a two-year seed. But he was never able to fully relax.

“During my first year on the tour,” he said, “I just felt like I was walking on thin ice. I got so much stress that, at one point, I just couldn’t fall asleep.”

It seemed as if Kim’s PGA tour career was getting better with a win at Wyndham Championship, but this year, he is having another tough year owing to a back injury. Before the Players Championship, in a total of 14 tournaments, Kim only made five cuts, and in the other six tournaments, he missed six cuts and withdrew from three. 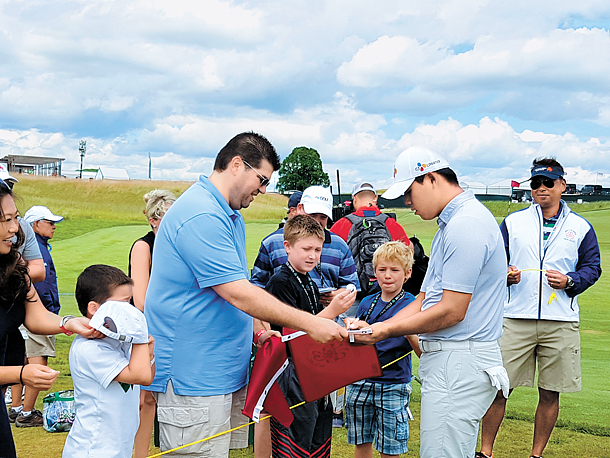 Kim Si-woo signs autographs after the final round of the 117th U.S. Open at Erin Hills in Erin, Wisconsin, on Sunday. After Kim’s victory at the Players Championship, a lot more fans recognize him on the golf course. [LEE JEE-YEON]

Following his victory, Kim’s back pain continued, leading him to miss a cut at the Dean and DeLuca Invitational and withdraw from the Memorial tournament. It wasn’t until few days before the tournament when Kim made his decision to play at the U.S. Open.

All throughout the week at the U.S. Open, fans lined up asking for Kim’s autograph. But Kim says he doesn’t feel any different from when he received attention after winning the big prize money from the Players Championship.

“When I first started golf at 6, my parents had a hard time supporting me financially,” Kim said. “So I also try to save as much as I can. Buying a house was my very first big purchase.”

Originally, Kim was scheduled to play at this week’s Travelers’ Championship, but changed his mind due to his back injury.

Rather than a short-term gain, he is looking to heal and achieve long-term success.

That said, Kim’s focus is now on The Open at Royal Birkdale, England, starting on July 20, playing for the first time.

“The U.S. Open was a big help in preparing for The Open,” Kim said.