Taekwondo star is back on top

Taekwondo star is back on top 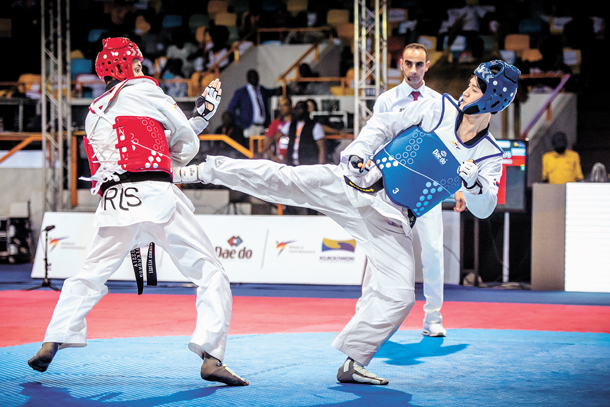 Lee Dae-hoon was named male player of the year by World Taekwondo on Monday, a day after winning his third consecutive Grand Prix title in Abidjan, Ivory Coast, where the finals and award ceremony were held. 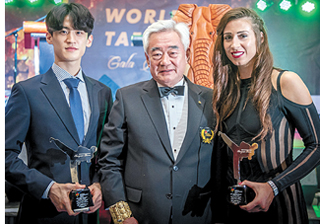 It was Lee’s third player of the year award and represented his return to the top after two years of struggling in a slump.

On Sunday, Lee defeated Aleksey Deniseko of Russia 14-13 to win the title in men’s 68-kilogram. He is the first athlete to achieve the feat three years in a row since the tournament was first held in 2013.

The World Grand Prix Final is the year-end event for taekwondo. Only the top athletes, including Olympic and world champions, across eight categories are invited.

“I wasn’t aware that I won the Grand Prix Final title for the third consecutive time until I received congratulations from my teammates,” Lee said. “I was able to win because I focused on the tournament only thinking about the final match.”

Lee, 25, quickly became a star athlete in high school after sweeping most of the domestic taekwondo tournaments.

With his career hitting rock-bottom, Lee did some self-evaluation. Since points in taekwondo are earned from kicks, athletes in the sport tend to have a weaker upper body.

Lee was no exception. He began doing pull-ups to enhance his upper-body strength.

“I wanted to change the bias people had about me,” Lee said. “Many think that athletes can easily do a number of pull-ups, but at first, I couldn’t even do one.”

Lee started with just hanging on the bar. He slowly extended his time hanging, and whenever the team training was done, he would bolt to the gym to work on his pull-ups.

“Even during breaks in training, I was hanging on the bar for at least 10 seconds, and I continued after training,” Lee said. “Now, I can do five sets of 10 pull-ups.”

In addition to his effort, Lee also benefited from a World Taekwondo rule change that allows athletes to push their opponent using their hands during matches. A push can make room for a kick, giving an advantage to athletes with a strong upper body. This rule change helped spur Lee’s comeback.

His goal is now to win the Grand Slam series tournaments, which will have the highest total purse in taekwondo at 80 million won ($73,600), and winning gold at the 2018 Asian Games in Jakarta, Indonesia. If Lee succeeds, it will be his third consecutive Asian Games gold after winning in 2010 and 2014.

“In the upcoming events, I want to play more aggressively and be faster in matches in addition to playing well,” Lee said. “I want to show fans that taekwondo is a fun sport.”