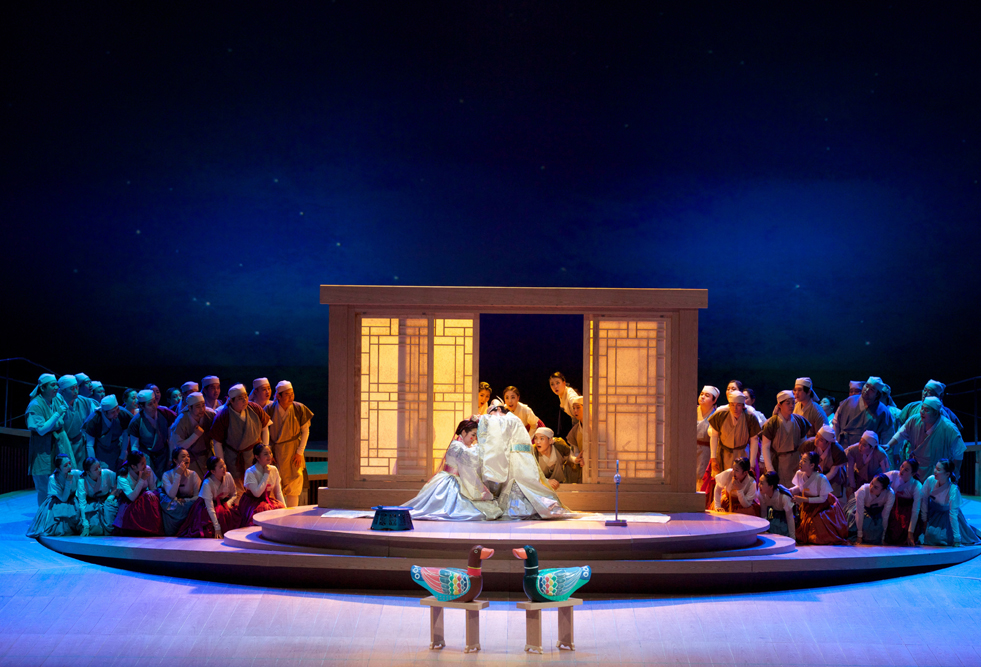 Korea National Opera will present an Opera Gala on May 19 and 20, starting with Korean opera “Soul Mate,” pictured above, followed by “Rigoletto,” “La Traviata” and “Der Fliegende Hollander,” as part of this year’s ninth Korea Opera Festival. [KOREA NATIONAL OPERA]

The very first opera staged in Korea was a local production of Verdi’s “La Traviata,” titled “Chun Hee” in Korean, at the Sigongkwan Theater (now known as the Myeongdong Theater) in Myeong-dong, central Seoul, in January 1948. Tenor Lee In-seon, who was one of the first tenors to come back to Korea after studying in Italy, produced the opera and also appeared in the performance as Alfredo. Playing Violette were sopranos Kim Ja-kyung and Ma Geum-hee. The five-day performance sold out all of its tickets but it is said that Lee had to sell his house and piano to make up for production costs, as he set ticket prices too low.

Indeed, opera is an expensive performing art to stage. Seventy years have passed since Korea was first introduced to this western art form and despite great achievements and developments over the years, such as producing internationally renowned sopranos including Sumi Jo, Hong Hei-kyung and Shin Youngok, Korea’s operatic world is still in a bind, not knowing how to attract more people to costly performances while still being able to cover the costs of putting on a quality show. 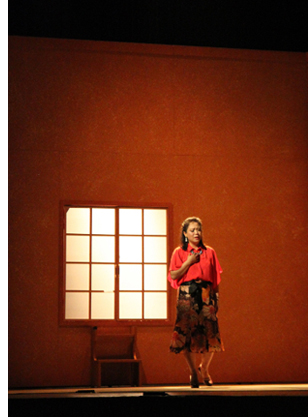 According to a report analyzing the status of performing arts in the country by the Korea Arts Management Service and the Ministry of Culture, Sports and Tourism, opera ticket prices are the highest of all stage productions. The average price of a ticket to the opera is 35,778 won ($33.27), about 10,000 won higher than a musical and three times higher than a gugak (traditional Korean music) performance, which is 12,476 won. Moreover, the report showed that most people attend the opera complimentarily, as only 36.5 percent of the opera audiences in 2016 watched opera with tickets they purchased themselves.

“The quality of a production realistically shows how much money has been put into it,” said Chung Chan-hee, chairman of the Korea Opera Company Association. “A 10-billion-won production looks like a 10-billion-won production. What I’m trying to say is that there’s no money being wasted and that it is really expensive, yet it is difficult for opera producers to cut back on production costs to lower ticket prices as it is directly connected to the work’s quality.”

Opera industry insiders say that is important for the government to create more friendly policies for opera producers while they themselves continue to make efforts to educate audiences and provide quality performances.

“The current policy of simply providing funds to works that fit into the criteria drawn up by the government causes opera producers to focus on creating works that deal with historical and heroic issues that appeal to the government,” said Tak Kye-seok, head of the Korea Arts Critics Association. 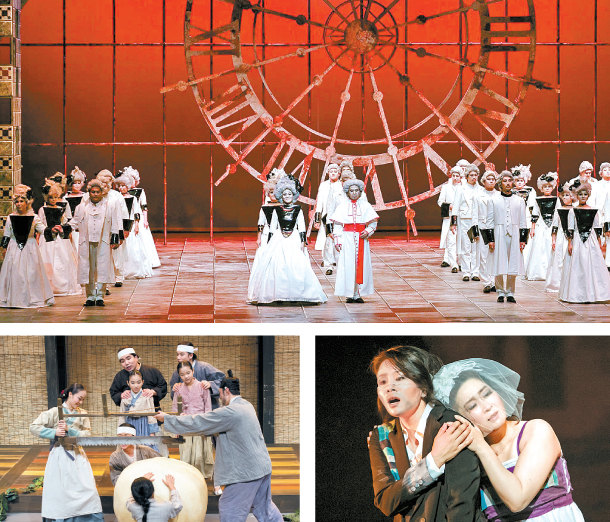 Top: La Bella Opera will stage Verdi’s “Un Ballo in Maschera,” on April 27 and 28. Two operas during the festival are based on Korean folk tales, “Heungbu and Nolbu,” left, by the Korea Arts Group, and “Yeo Wu Djeon,” right, by Nuova Opera Company. [SEOUL ARTS CENTER]

Meanwhile, to make sure opera isn’t only for the wealthy, six opera companies got together to stage six different opera works for this year’s ninth Korea Opera Festival being held at the Seoul Arts Center in southern Seoul, from April 27 to May 27.

To help break the preconception many Koreans have that opera is awkward, this year’s opera works have been reinterpreted to be more familiar to modern Koreans.

For example, Gluck’s “Orfeo ed Euridice,” which will be staged by Seoul Opera Ensemble during the festival, has been revised “so that this Baroque opera can be more accessible to Korean audiences,” said Jang Soo-dong, executive artistic director of the company.