Shin Ji-hyun returns, but will the fans?

Shin Ji-hyun returns, but will the fans? 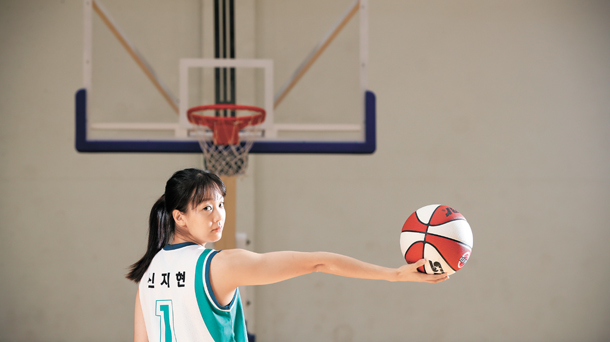 Shin Ji-hyun of Bucheon KEB Hana Bank poses for a photo at a training complex in Yongin, Gyeonggi on Nov. 13. [KIM KYUNG-ROK]

Until 2000, women’s basketball was one of the most popular sports in Korea thanks to the star power of players like Chun Joo-woen and Chung Eun-soon, but the rise of women’s volleyball slowly eclipsed the sport and it was slowly forgotten.

This year, Shin Ji-hyun of Bucheon KEB Hana Bank hopes to bring fans back as she returns to the court after two years off due to injuries.

As of Tuesday, KEB Hana Bank is considered the weakest team in the league and is tied for fifth - in a six team league - along with Incheon Shinhan Bank S-Birds with one win and four losses.

Hana Bank lost its first game of the season to Suwon OK Savingbank OK Shoot 89-85 on Nov. 5, but Shin scored 10 points, the first time she’s scored two-digit points in a match since Feb. 2015. She continued her momentum, scoring 17 points against six-time Women’s Korean Basketball League (WKBL) Champion Asan Woori Bank Wibee on Nov. 9 and finally, on Nov. 12, she helped her team to win its first match of the season against Incheon Shinhan Bank S-Birds.

“I started playing basketball in fourth grade and my dad read a lot of newspaper articles about coach Chun Joo-weon,” Shin said. “He sent me to Sunil Elementary School, from which coach Chun graduated. I learned a lot of basketball by watching coach Chun’s videos. She’s a legend.”

Shin, a guard for Hana Bank, has followed the same education path as legendary WKBL guards like Chun and Lee Kyung-eun, all of who graduated from Sunil Women’s High School.

In January 2013, Shin played an unforgettable high school match, scoring 61 points. The incredible scorecard was good enough to make Shin the first pick at the WKBL Rookie Draft in November that year. Shin went on to win Rookie of the Year and, in 2015, she won the All-star vote.

But Shin’s success didn’t last very long. In Sept. 2015, Shin twisted her knee while turning, tearing her ACL. Shin underwent surgery for the ACL injury and for an Achilles heel injury later that year.

“After major injuries, I lost confidence,” Shin said. “I had too many thoughts like whether to make a pass or if I should figure it out. I’ve continuously said not to doubt myself and started to be more active on the court. I think I’m slowly finding my balance.”

Although the Hana Bank is ranked last in the league, Shin has been fulfilling her role, averaging 10 points per game, 3.2 assists and 1.4 rebounds in five games.

Despite having had to skip the entire 2015-16 and 2016-17 seasons, Shin is still ranked eighth in average scoring among domestic players. Not only that, her statistics are noticeably better than the 2017-18 season, when she finished with 2.9 points per game and 1.5 assists.

“For me, 2015 was a difficult year,” Shin said. “I went through all the rehabilitation only thinking about getting back on the court. The words of encouragement I received from fans also helped me a lot.”

Since Shin made her WKBL debut, she has had some of the most active fans in the league. She has over 6,700 followers on social media.

Although Shin was an outstanding player in high school, she has been receiving more attention for her looks than her basketball skills. Shin hopes that this year she’ll be recognized as a professional basketball player rather than a pretty athlete.

“Rather than the looks, I want to be recognized as a basketball player,” Shin said. “My goal this season is to help my team get to the playoffs. As for my personal goal, it’s to play in all the games without an injury.”

Shin also hopes to bring the fans back to the women’s league.

“Women’s basketball has kept on running and is a thrilling sport where players get aggressive in games,” Shin said. “There’s a different kind of excitement compared to women’s volleyball. I’ll do anything for the popularity of women’s basketball.”