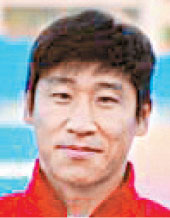 FIFPro Korea said Lee, who now plays for Ulsan Hyundai FC in the K League 1, was appointed president of the organization after its general assembly earlier this month.

Lee made his pro debut in 2004 with Incheon United and has played for seven K League 1 clubs throughout his career. The 33-year-old also had stints in Japan and Qatar. Lee, who has 19 goals in 84 international appearances, is also known for his charity football events in Korea.

FIFPro Korea said with new executives it will further help protect football players’ rights and will lead the players’ engagement in social development.

The Korean professional football players’ union officially became a candidate member of FIFPro, the only players’ association recognized by FIFA, in 2017.