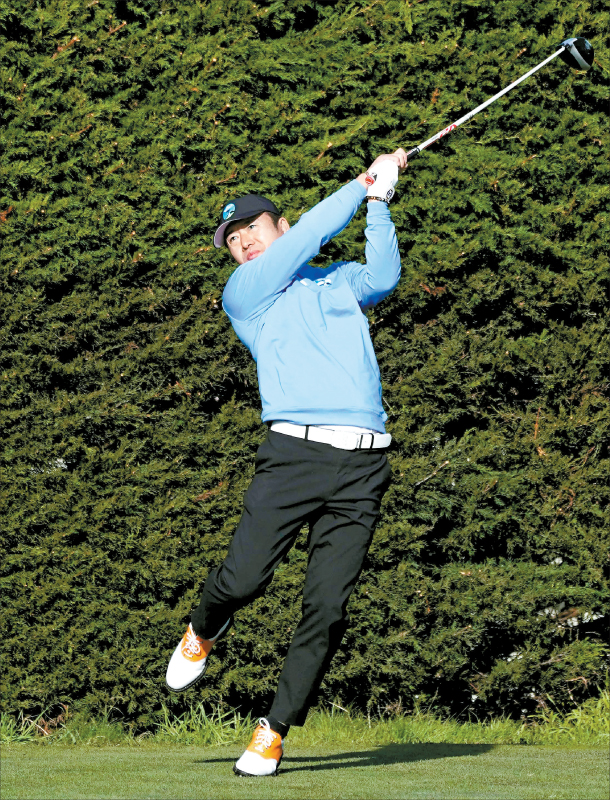 Choi Ho-sung watches his shot during the first round of the AT&T Pebble Beach Pro-Am at Monterey Peninsula Country Club Shore Course in California on Thursday. In his debut round on the PGA Tour, Choi shot one over par and is tied for 111th. Choi, who plays on the Japan and Korean Tours, earned his invite to the AT&T Pebble Beach with his fisherman swing. Choi’s swing first hit headlines at the Kolon Korea Open in June 2018. His swing quickly spread through social media and caught the eye of the international press. [GETTY IMAGES/YONHAP]