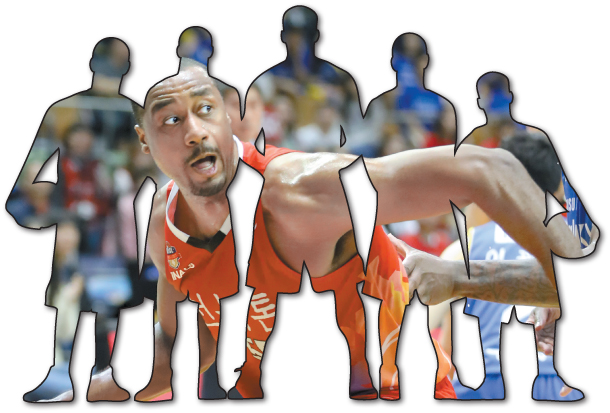 Korean Basketball League (KBL) scouts will be able to leave their tape measures at home from the start of next season.

From left: KBL officials measure Charles Rhodes’ height ahead of the 2018-19 season at the KBL headquarters on April 2018. Rhodes celebrates after passing the test. [YONHAP]

Only a year after the KBL made headlines around the world by banning foreign players over a certain height from playing in Korea, the league announced Monday they would revoke the regulation beginning in the 2019-20 season.

Because of the confusion and inconvenience caused by the changes - last year the KBL lost some of its best players due to the restriction - the league has promised it will not change regulations again until at least the 2021-22 season.

A year before that, during the 2017-18 season, the KBL’s height restriction on foreign players was a lot more flexible. Each team was still allowed one shorter and one taller foreign player. The short player had to be shorter than 1.93 meters, while a player over that threshold counted as taller.

The ban on players over 2 meters tall made headlines around the world as the KBL was the first professional league to set height restriction on basketball players.

The move was made in a bid to increase the number of Korean-born athletes playing center. The KBL also argued at the time that the height limitation would allow faster play and higher scoring games.

Simon was the league’s top foreign player, ranking first in scoring average at 25.6 points per game during the 2017-18 season. Simon was forced out with the new regulations and now plays for Kyoto Hannaryz in Japan’s B.League.

League officials were not happy with the height ban last year, saying, “We’re facing a situation where we have to carry a ruler and measure new potential foreign athletes while asking them to take their shoes off when we go meet them. It’s difficult to find a big overseas athlete who isn’t over 2 meters tall.”

To allow more playing time for domestic players, the height restrictions did not apply to Korean players. Ha Seung-jin of the Egis well exceeds the height limitations, at 2.21 meters, but was unaffected by the rule.

But now that the KBL has completely gotten rid of all height restrictions, the scouts have turned their attention back to Simon, trying to bring him back to Korea.

While Simon and Benson were forced to leave, Charles Rhodes of the Jeonju KCC Egis found a way to extend his stay in Korea. When Rhodes was first measured, he was 2.01 meters tall, but after lifting weights and doing other exercises, he was able to get his height down by 0.9 centimeters to just pass the height limit.

The ban on tall players turned out to be a failure almost as soon as the season began. Rather than attracting more fans, the KBL ended up losing spectators this year. As it’s now just domestic players competing for the center spot, there were concerns that Korea’s international competitiveness might drop as basketball players from other countries are a lot taller.

Since the 2018-19 KBL season is expected to end in about two months, some scouts and head coaches have started looking for their new foreign players. While the rule change opens a lot more options for clubs when it comes to tall players, for shorter foreign players, its bad news. Last year’s regulation created more opportunities for players 1.86 meters.

In addition to the removal of all height restrictions, starting in the 2019-20 season, the KBL also got rid of its career limit rule. Foreign players who had played in 10 NBA games or more in the three seasons before they arrived in Korea are currently banned from playing in the KBL. That will not apply from next season.

The salary restrictions for foreign players remain unchanged - a single player cannot be paid more than $500,000 per season, and the total for two foreign players cannot exceed $700,000. This includes the playoff bonus and incentives.

When re-signing a player, the KBL capped contract increases at a maximum of 10 percent.