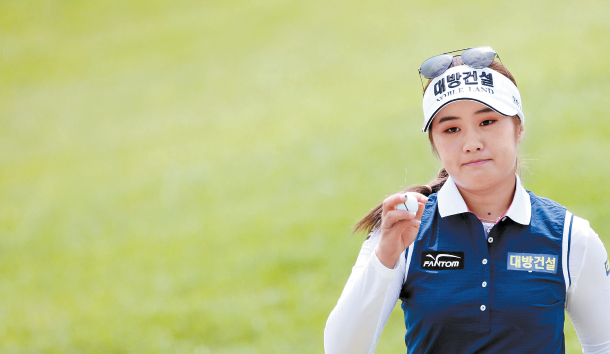 Lee Jeong-eun will finally start her first season on the LPGA Tour as a full-time member today at the ISPS Handa Women’s Australian Open.

Lee was a dominant player on the KLPGA Tour, where she won seven tournaments, and earned her full-time LPGA Tour status this season by winning the LPGA Tour’s Qualifying tournament in November 2018. Lee is the highest ranked rookie on the LPGA Tour this season, at No. 20.

“By playing in a lot of tournaments last year, I tried to regain the muscle I lost,” Lee said. “In Thailand, I worked on my short game and 100 meter shots and in. My focus was conditioning so that I could get through the season. There aren’t any big changes physically, but since I slowly lose muscular strength towards the end of the season, I think it’ll be important as to how I continue my workout.”

Lee went on to win the KLPGA Rookie of the Year award in 2016 and reached even greater heights in 2017, capturing four titles en route to earning the Player of the Year honors.

Although it seems like business as usual for Lee, she has actually made a major change to her equipment for the LPGA Tour. Aside from her putter and wedges, Lee changed all her clubs. She also found a new caddie, Adam Woodward, to help her make a quick adjustment to the United States.

“I feel a little pressure coming into the season being highly ranked before playing my first official LPGA event as a member,” Lee was quoted as saying on LPGA website. “I feel a bit nervous since it’s my first tournament, so I don’t want to think about the score too much and I want to play the best I can.”

Ko Jin-young, the 2018 Tour Rookie of the Year, got off to a tremendous start in her first season on the Tour by winning the ISPS Handa Women’s Australian Open, her debut tournament as a full-time member. Even more impressive, Ko had a wire-to-wire victory. By winning the tournament, Ko became the first golfer on the LPGA Tour in 67 years to win in her debut as a full-time member.

Due to the recent success of Korean rookies, Lee is under considerable pressure to do the same. Despite the high expectations, Lee said she’s going to stay patient and gain experience in her rookie season.

“I received a lot of awards in Korea, but I’m a rookie again on the LPGA Tour,” Lee said. “If possible, I want to play in as many tournaments as possible and my priority is to gain experience. If I consistently stack up Rookie of the Year points, maybe I’ll be able to see some good results.”

Lee will tee off her first round as a full-time LPGA Tour rookie today at 8:17 a.m. at the Grange Golf Club in Adelaide, Australia.