Im to play at Presidents Cup after nod from captain

Im to play at Presidents Cup after nod from captain

Korean PGA Tour golfer Im Sung-jae has been chosen with a captain’s pick for the 2019 Presidents Cup. 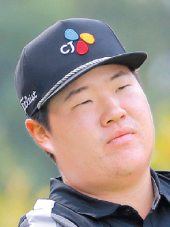 Im will be making his debut at the biennial match play competition, after the International Team captain Ernie Els selected him, along with Joaquin Niemann of Chile, Adam Hadwin of Canada and Jason Day of Australia, with his four captain’s picks on Wednesday in the United States.

The Presidents Cup pits a team of a dozen non-European international players against the United States. This year’s competition will run from Dec. 12 to 15 in Melbourne.

Captains often go with hot hands when using their picks, and Im is off to solid starts to the 2019-2020 PGA Tour season.

Im, the reigning PGA Tour Rookie of the Year who played a tour-high 35 events last season, has had a runner-up and a third-place finish in six starts so far in the new season. A final round of 72 dropped Im out of the top 10 at last week’s World Golf Championships-HSBC Champions in Shanghai, where he tied for 11th. The 21-year-old has made every cut this season.

At No. 34, Im is the highest-ranked Korean in the world rankings.

In a teleconference with international media, Els said he liked Im’s composure and consistency, recalling his three rounds with the Korean at the AT&T Pebble Beach Pro-Am in February.

“I loved the way he approached the game,” Els said. “He’s very cool, calm and collected. He never complained. He kept playing. He kept learning.”

Els said Im and his three other captain’s picks are all “very consistent and strong under pressure.”

Els acknowledged that another Korean player, An Byeong-hun, came close to making the team, too. Els said calling An and other players who just missed the cut was especially tough because he’s close to them on a personal level.