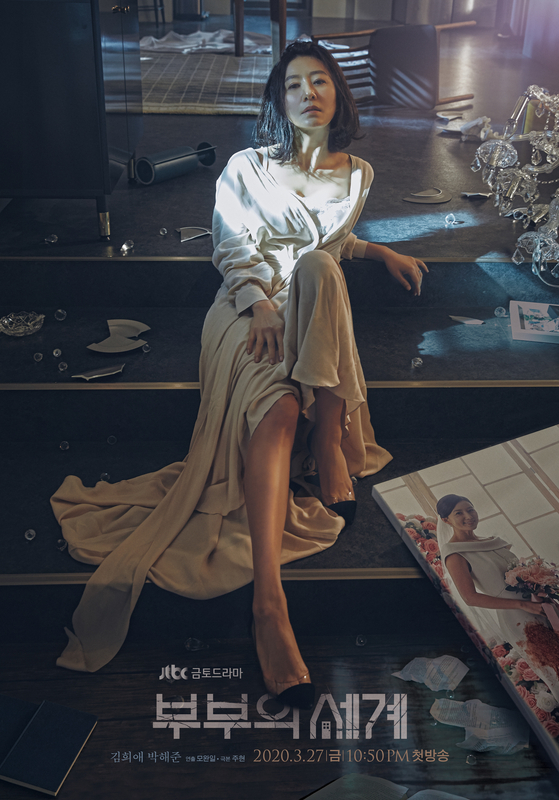 Poster for JTBC series "The World of Married." [JTBC]

The smash-hit series “The World of the Married” has become the most-watched drama on Korean cable TV, data showed Sunday.

The 12th episode of the JTBC series, which airs every Friday and Saturday, logged a record viewership rating of 24.3 percent on Saturday, outrunning the previous record of 23.8 percent set by another JTBC hit, “SKY Castle,” according to Nielsen Korea.

This marks the highest viewership by a drama episode aired on a local cable channel and the second-highest for all programs broadcast on cable networks. Currently, TV Chosun’s hit singing competition show “Mister Trot” holds the record at 35.7 percent.

Based on the BBC TV series “Doctor Foster,” which aired in 2015 and 2017, the 16-episode series has captured Korean viewers with its suspense and swift storytelling altered for the local market.

The plot centers around Ji Sun-woo, played by Kim Hee-ae, who is a dedicated wife and doctor who finds out about her husband’s betrayal and sets out to take revenge against him.