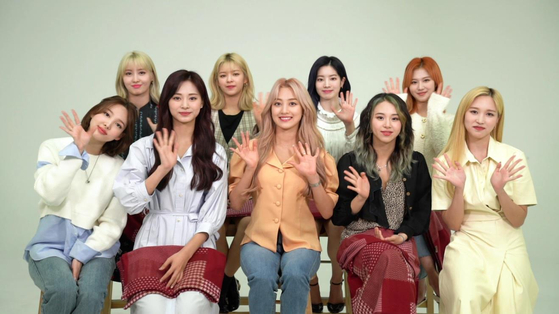 Girl group Twice will release its sixth single in Japan in July, its agency JYP Entertainment announced on Wednesday.


Twice uploaded a video on the group’s Japanese YouTube channel on Tuesday night, during which the members announced the news of its upcoming release to fans.

“Our new single ‘Fanfare’ drops on July 8 in Japan,” the members said.


“We can’t wait to see everyone. We hope to see you all healthy. We’re taking care of ourselves, too.”

According to the agency, “Fanfare” is an upbeat song that hopes to add a bright energy to everyone around the world.

So far, all nine of Twice’s releases in Japan have sold more than 250,000 copies, making each of them Platinum by the Recording Industry Association of Japan.

The group’s most recent release, the second full-length album “&Twice,” also topped Oricon’s weekly albums, the group’s fifth album to do so, making Twice the first foreign female act after Mariah Carey to achieve the feat in Japan.