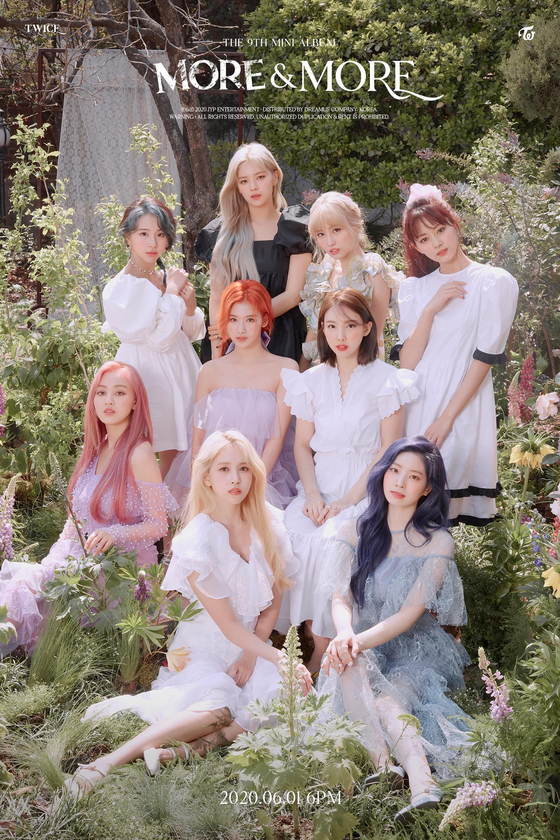 Girl group Twice will release a sneak peek of its latest track "More & More" on TikTok, a day ahead of the official drop, the group's agency JYP Entertainment said on Wednesday.


According to the agency, Twice's new EP "More & More" and its title track drops on June 1, 6 p.m., but video sharing platform TikTok will reveal a part of the song 24 hours prior to the official release.

It marks the first time for the group to debut a song through a social media service and is aimed at "giving fans a way to enjoy the new song in a fresh and fun way," according to the agency.

A new dance challenge titled "#moreandmoretwice" will also be released on TikTok, encouraging fans from all over the world to take part.

"More & More" is a dance pop song that talks about the sweet sensation of love that deepens as a relationship develops and was produced and arranged by the agency's lead talent Park Jin-young.

MNEK, producer of "H.E.R." who was awarded the Best R&B Album at the 61st Grammy Awards, also took part in producing the song, as well as Julia Michaels, Justin Tranter and Zara Larsson.