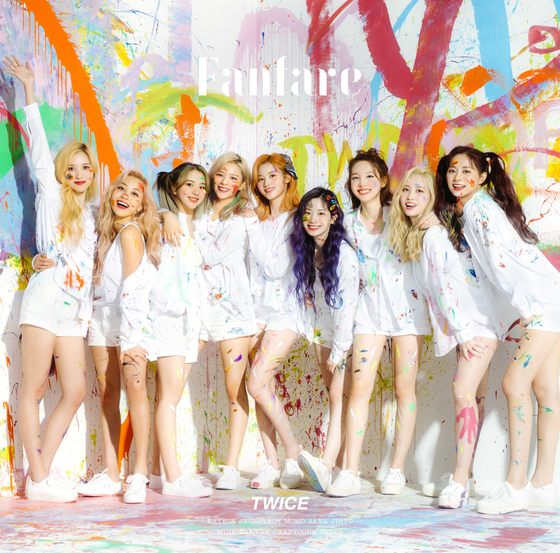 
Girl group Twice has once again swept Japan's Oricon music chart with its latest release "Fanfare," this time topping the weekly singles chart for the week of July 6 to July 12.

Twice's sixth Japanese single "Fanfare" sat at No. 1 of the weekly singles chart, selling 208,778 copies within the first week of release, as well as recording 177,000 Oricon points during the same time period.

The song and its music video were unveiled on June 19 as a promotional strategy, and the track sat on Japan Line Music's Top 100 Weekly Chart on the week from June 17 to 23, even before its official release.

Twice has been setting record after record in the country since its Japanese debut in 2017, garnering over 250,000 in album sales across all nine releases so far.