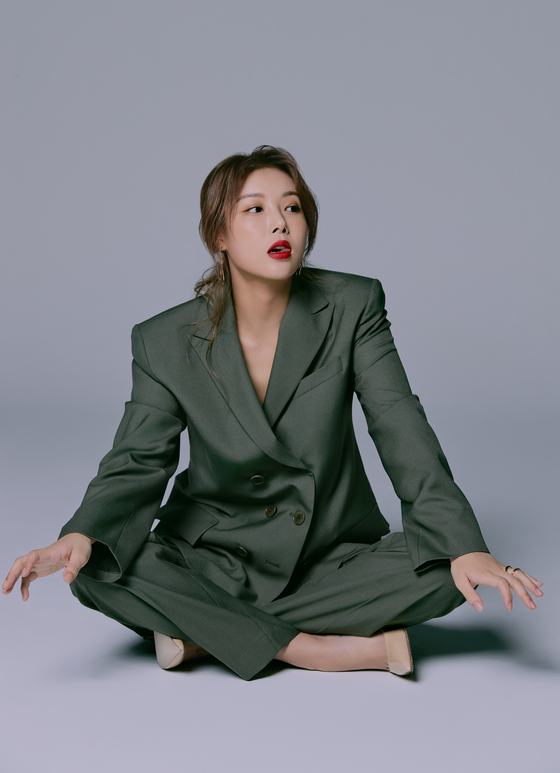 Usually when a contract between artists and the agency that represents them comes to an end, the two parties agree to extend their agreement, the artist finds a different entertainment company to work with or they choose to represent themselves by establishing a one-man agency. But when former Wonder Girls member Yubin’s contract with JYP expired on Jan. 25, she took a different path that required a little more courage. Yubin established an entertainment company, rrr Entertainment, where she’ll not only represent herself as a solo artist, but also discover, foster and support other artists both at home and abroad.

A Wonder Girl may be able to do many things. But becoming a CEO of an entertainment company after years as a member of a popular girl group has caused many of her close friends and family to worry and try to persuade her to reconsider.

“Even my mom tried to talk me out of it at first,” Yubin said. But the 32-year-old rookie CEO took the plunge and says that she has faith in her gritty decision.

Of course, worries swirled around her head too.

“What if I get conned by somebody? What if I fail? What if this? What if that? I had so many worries even before I’d started and I didn’t like that,” she said. “So I just went ahead because I didn’t want to feel like I was stuck in a rut. And you know, if something bad happens, I would learn from it.”

Although Yubin’s third solo EP “Start of the End” will be coming out on May 21, during an interview conducted on May 8 with the Korea JoongAng Daily, the singer was more focused on her new entertainment company and being a CEO.

“It feels so different. I still have butterflies in my stomach,” said Yubin, as she was leaving the Korea JoongAng Daily newsroom in central Seoul. “I’ve had so many interviews, but this was the first one for me as the head of a company, and not as an artist or [part of] Wonder Girls. [I got to] really talk about my thoughts, plans and values of establishing my own entertainment company and how I want to head it up. It feels so real now.”

It doesn’t sound easy, running an entertainment company and also being an artist. Why would you want to take that road when you can just pick an established agency to work with you?


Ever since I was a young girl, I vaguely had this dream of running my own company. Perhaps it’s my father’s influence. He was in the architecture business. This dream came true sooner than I had anticipated because of the timing I guess. A lot went on in my head as the day of my contract expiration with JYP approached, and like many other celebrities do, I considered signing a contract with a different agency, or renewing the JYP contract, and thought about what other options I had. The thought of establishing an entertainment company came up and it was like going out to the wild by leaving this comfort zone, but I still wanted to give it a go and do something that I really want to do.

With the establishment of the company, you’ve gained the title of a CEO. How does that feel to you?


It’s been three months since the the company was established, and some people call me by that title, but it sounds so foreign still. I just prefer to be called by what people feel comfortable with. I don’t like things that are unnatural. Titles are not what’s important. What I want to stress is the date of the company’s establishment. It’s Feb. 10. It was a rush, but I wanted to meet that date because it’s a special day for the Wonder Girls. Although I joined the group a little later like Hyerim, it’s the day when the group debuted and it’s the day that we celebrate annually with our fans. I wanted my company to be related to Wonder Girls.

Can you explain the name rrr Entertainment?


It stands for “real recognize real.” [The phrase] appears a lot in hip hop music. When I first heard it, I thought it was really cool. When naming the company, I wanted it to be unique. I could’ve used my initials like other agencies, but it was too common for me. Through the company, I want to find real jewels — they may be gemstones in the rough at first, but I want to discover them, polish them and let them recognize who they really are and help them be themselves in the world. That’s what this entertainment company does with all of the staff members. We are real and “real recognize[s] real.” So I named the company by taking the first three letters of these words and lowercased them because I wanted it to be read not separately but as “le,” like the French word that means “the.” I think it’s a cool name, I just have to explain it. (laughs) 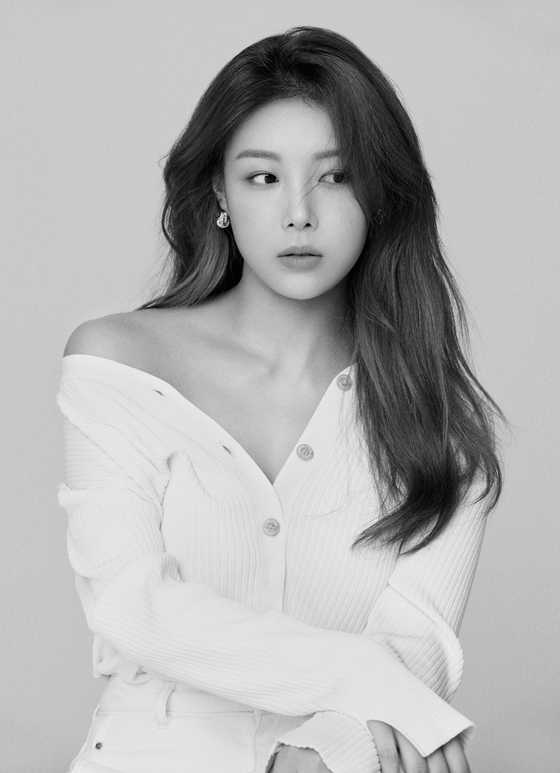 I want the company to be a space where all these different types of people congregate and have fun.

Will rrr Entertainment only be representing musicians or will it be open to anyone?


The company will not have any boundaries. We will work with singers, K-pop groups, influencers, comedians, models, YouTubers or anyone with talent and who enjoys doing what they do. I want the company to be a space where all these different types of people congregate and have fun. I’m an inquisitive person also, so I’ve tried out and learned a lot of different things that make me curious. It made me realize that they all synergize and help me develop. For example, learning a new musical instrument helped me when I was trying to compose a song and trying to compose a song helps me when I’m trying to act in a movie. Acting helps me to be a better performer and so on. I think if there are all these different kinds of people who are unique in their own way under one roof and they form a family, we can make synergy and grow together to create something great.

You were with JYP Entertainment for a long time. I guess you’ve learned a lot about how to operate an entertainment company while there.


That’s right. I think I am really lucky to have had the opportunity to debut and work with a firm entertainment company like JYP. I really learned a lot from such a systematic company. At that time, there were things that I couldn’t understand, like why there were so many conformation procedures, but now that I have my own company, I realize why. I’m really lucky to have such a company to model, and producer Park Jin-young and the CEO of JYP still call me from time to time to give me advice.

Since you were a member of a girl group, you must be familiar with having regulation and guidelines given to you by your agency. Will you have such rules for your artists at rrr Entertainment?


As long as they abide by the laws of this country and act ethically and morally with common sense, I want them to be as free as possible. In fact, JYP allowed quite a lot of freedom compared to other agencies. Learning from that experience, I think you should never refrain freedom from artists. They have to experience and feel things to express that through music, acting, art, performance and so on.

Instead of instituting regulations and guidelines, what I want to set up for my artists is counselling sessions where they can learn how to stay mentally healthy. So many celebrities today are suffering psychologically, and I want them to know that they are not alone. It doesn’t matter if the celebrities don’t belong to rrr Entertainment. I want to guide them on how to overcome those feelings and I want to embrace them and be there for them.

The first artist from rrr Entertainment is Hyerim, who is also a former member of Wonder Girls. Is there a specific reason why you decided to represent her?


Of course. Somewhere in my heart, there’s a spot where I will always feel sorry for Hyerim. I’m also not an initial member of the group, but Hyerim joined the Wonder Girls at our most difficult time. I know how it feels to join an existing group, but I couldn’t really take care of her like an older sister. I know she was adapting to her new life in Korea without her family here, but I was also young and busy doing my own stuff that I couldn’t really be there for her.
Hyerim, as a solo artist, has so much to show, but because we were in a group, there weren’t many opportunities to reveal them. Like I said earlier, she’s this jewel that hasn’t been fully discovered yet. Her contract with JYP also came to an end, and I know other large agencies can bring her things that I may not, but I know Hyerim the best and I wanted to really show who she really is by letting her be herself through rrr Entertainment.

That’s why I asked her first and she took my proposal. The same thing applies to all the other artists who will join rrr Entertainment hereafter. I want to highlight their charms and their style rather than create something for them. I want to show who they really are through the company. I think celebrities are people who are already so charming in their own way that people want to talk with, hang out with and sympathize with them. So I don’t want to wrap them up in pretty paper and put a ribbon around it. [I want to let them] truly be themselves and encourage them to enjoy what they do. 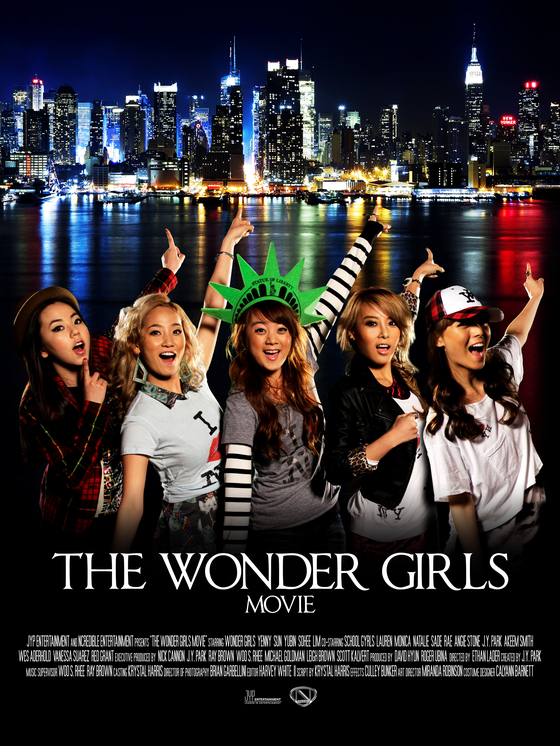 Wonder Girls, which disbanded in 2017, is the first K-pop group to enter the U.S. Billboard Hot 100 chart. Following the group's popularity in the American market, the film "The Wonder Girls" (2012) directed by Ethan Lader, was produced. [JYP Entertainment]


Are you planning to bring in all the former members of the Wonder Girls to rrr Entertainment?


Yes. I’ve been telling them even before establishing this company that we should create our own company. I didn’t know then that I would be the one to establish it. It won’t happen very soon because some of the members are still under contracts with other agencies, but when the time comes, I will call them in and represent them. I don’t think they would say no, would they? (laughs)