TABLE FOR ONE
Doosan Art Center, Space111
Through May 23: Many people eat alone, whether they want to or not, and the production “Table for One” is all about those who don’t have companions for their meals. The play is based on a novel written by Yoon Ko-eun with the same title.
The story revolves around In-yong. She has only been working for nine months. She tries to adapt to her new life but only finds herself being bullied by her co-workers for no reason. Nobody wants to eat lunch with In-yong, and she is left to eat alone every day.
Feeling stressed out, In-yong eventually enrolls at a private institute, which advertises itself as a place where people can learn how to skillfully eat alone.
There, she learns techniques on eating all types of food from a bowl of pasta to a full-course meal. The only thing she doesn’t learn is how to enjoy barbecue by herself.
One day, she comes across a master of eating alone who changes everything.
The play starts at 8 p.m. during weekdays and 3 p.m. on weekends. There are no shows on Mondays. On May 20, there will be two shows at 4 p.m. and 8 p.m.
Tickets are priced from 10,000 won ($8.20) to 35,000 won.
Jongno 5-ga station, line No. 1, exit 1. 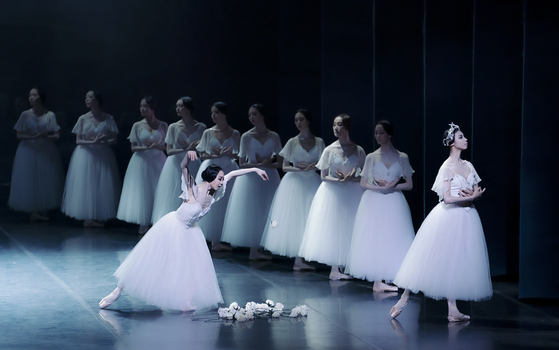 
GISELLE
Seoul Arts Center, Opera Theater
June 10 - June 14: The Korean National Ballet presents “Giselle,” a popular ballet piece, which follows a young peasant girl named Giselle. Giselle falls in love with Albrecht, a nobleman who disguises himself as a commoner to approach Giselle.
Giselle soon gets to know that she was deceived by Albrecht, and the fragile girl dies of heartbreak.
The second act takes place near the grave of Giselle. The cemetery is haunted by spirits of the deceased. They all died after being betrayed by their boyfriends and they are collectively called Willis. They take revenge on random young men by enticing them to the forest and making them dance until they die. One night, Myrtha, the queen of Willis, summons Giselle and plans to kill Albrecht, but Giselle wants to stop her lover from falling victim.
The ballet is directed by Kang Sue-jin, a renowned ballerina until her retirement in 2016.
The ballet performance starts at 7:30 p.m. on Wednesdays, Thursdays and Fridays and 3 p.m. on weekends.
Tickets range from 5,000 won to 50,000 won.
Nambu Bus Terminal Station, line No. 3, exit 5.


MOZART!
Sejong Center for the Performing Arts, Grand Theater
June 11 - Aug. 9: The growing pains of genius musician Mozart unfold on the stage in the musical “Mozart!” which returns to Korea nearly four years since it was last performed.
“Mozart!” revolves around the life of Wolfgang Amadeus Mozart. Under the guidance of his strict yet loving father, Mozart and his sister Nannerl have performed for aristocrats since they were young, but now that he is older, Mozart grows sick of the society he belongs to.
He wants to escape from reality, so he goes on a music trip.
But the death of Mozart’s mother eventually brings him back to his former life. And the musician makes up his mind to stand up against people who try to control his life.
The musical took home 11 awards from various local musical awards when it premiered in 2016.
Singer-actor Kim Jun-su, a member of K-pop boy band JYJ, and musical actors Park Kang-hyun and Park Eun-tae will alternate the role of Mozart.
The musical starts at 7 p.m. on Tuesdays and Thursdays; 3 p.m. and 8 p.m. on Wednesdays and Fridays; 2 p.m. and 7 p.m. on Saturdays and 3 p.m. on Sundays. There are no shows on Mondays.
Tickets range from 70,000 won to 150,000 won.
Gwanghwamun Station, line No. 5, exit 8. 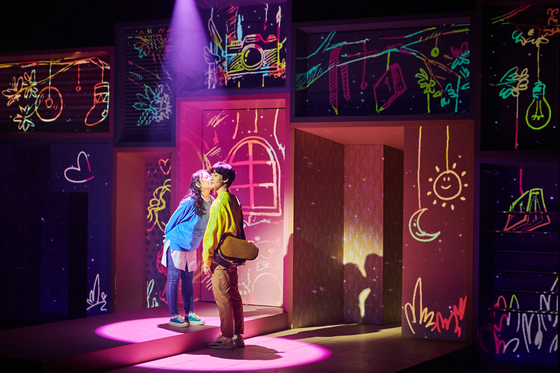 Cha_Me is currently being staged at the CHungmu Arts Center in central Seoul. [STAGE 1]


CHA_ME
Chungmu Arts Center, Middle Theater Black
Through July 5: Cha Mi-ho is a struggling young woman who makes a living by working as a part-timer at a convenience store. She keeps applying for jobs but never gets any opportunities. Nothing comes easy for Mi-ho, whether it is getting a job or being in a relationship.
Mi-ho kills her time by looking at her social media, but it ends up making her feel more miserable because it seems like everybody except for her is living their best life by going on dates with their handsome boyfriends or taking beautiful trips.
One day, Mi-ho accidentally drops and breaks her smartphone, and her alter ego Cha_Me, a perfect version of her dwelling in the world of social media, comes to life.
The original musical “Cha_Me” touches upon the issue of social media addiction through a diverse range of characters.
Tickets range from 44,000 won to 66,000 won.
The musical starts at 8 p.m. during weekdays; 3 p.m. and 7 p.m. on Saturdays and 2 p.m. and 6 p.m. on Sundays and national holidays. There are no shows on Mondays.
Sindang Station, lines No. 2 and No. 6, exit 9.


STRANGER’S SONG
The Zoom Arts Center
June 24 - July 5: The internationally acclaimed pansori (traditional narrative singing) performer Lee Ja-ram presents a pansori performance based on the novel “Bon Voyage, Mr. President!” written by Gabriel Garcia Márquez.
The performance premiered in Seoul in 2016 and went on a nationwide tour. Lee also presented the performance in some countries including France, Taiwan, Romania and Japan.
The show is set in Geneva. Homero and his wife are foreign workers struggling to make ends meet by doing chores at a hospital. One day, the couple comes across the former president of their country, who lands in Geneva to cure his illness. Through the encounter of the three strangers who happen to stay in Geneva, the performance sheds light on the life of people who are relocated from their own places.
Lee is well known for putting spins on pansori by combining it with various music genres.
All seats are priced at 66,000 won.
The performance starts at 8 p.m. during weekdays and 5 p.m. on weekends. There are no shows on Mondays and Tuesdays.
Hangangjin Station, line No. 6, exit 3.