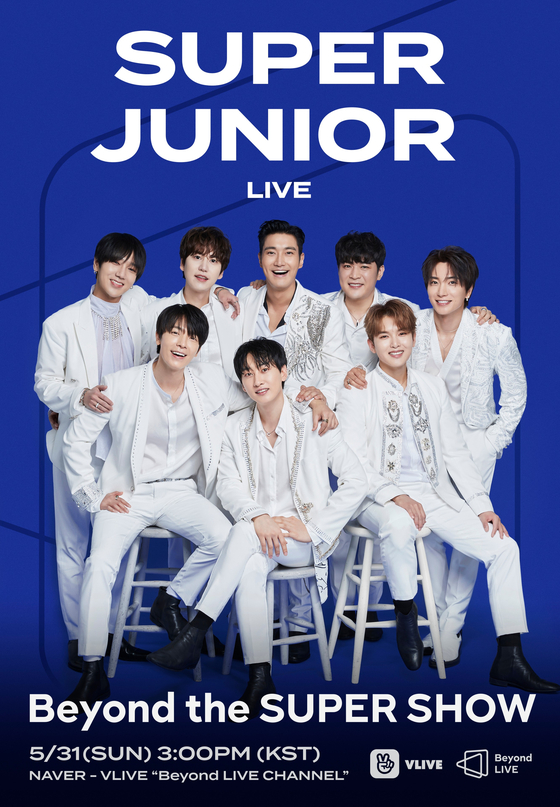 Eunhyuk of Super Junior has added stage director to his already impressive résumé after taking the helm for the boy band's upcoming online concert.

According to his agency Label SJ, the upcoming "Beyond the Super Show" concert will start at 3 p.m. on May 31 through Naver V Live as a part of SM Entertainment's online concert series dubbed "Beyond LIVE" — offering fans all over the world a chance to a performance like never before.

"Eunhyuk took on the role of director of the concert and amplified the fun for fans by organizing the set list as well as adding new elements to the performances," the agency said.

But it doesn't mark the first time for Eunhyuk to flaunt his directorial talents. He designed the stage and performance sets for Super Junior's past concerts including "Super Show 7," "Super Show 7S" and "Super Show 8," as well as a concert by Chinese boy band TFBoys.

"About 95 percent of the performances are ready," said Eunhyuk through a live streaming session on Tuesday. "We're all doing the best we can. We hope that the remaining 5 percent, the fans will complete on the day of the concert."

Super Junior has prepared some of its biggest hits for fans, including "Sorry, Sorry" (2009), "Mr. Simple" (2011) and "Sexy, Free & Single" (2012), along with  performances by the group's popular subunits such as dance duo Super Junior-D&E — comprised of members Donghae and Eunhyuk — and ballad trio Super Junior-K.R.Y. — made up of members Kyuhyun, Ryeowook and Yesung.

Online admissions to the concert can be purchased through Naver V Live+.