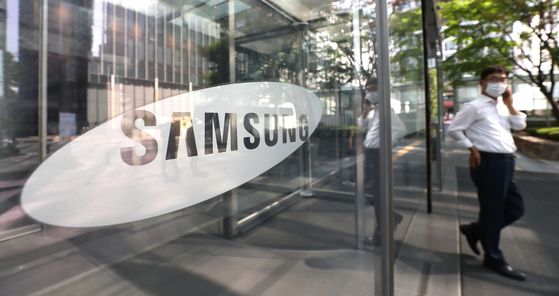 
Following the decision by the Seoul Central District Court Monday not to detain Lee Jae-yong, a major shareholder and vice chairman of Samsung Electronics, the stage is set for the largest company in Korea to continue an investment push that has been slowed by the legal troubles of the senior executive. It is very possible that a three-year mergers and acquisition (M&A) drought for the company could come to an end and major deals could be signed.

Samsung Electronics was lacking firm leadership and direction recently as Lee has been caught up in an investigation regarding possible legal violations in a controversial merger of two companies — Samsung C&T and Cheil Industries. While the case is ongoing and Lee could still be convicted, the decision Monday keeps him from behind bars and free to lead.

In the past in Korea, when corporate figures have been freed or uncertainty is lifted over their legal fortunes, investment plans are accelerated. In 2015, SK Group Chairman Chey Tae-won announced 46 trillion won ($38 billion) in semiconductor investments after being pardoned and released from jail, where he had been serving a four-year sentence for embezzlement.

History suggests that this will be the case at Samsung Electronics and that the company will be more focused following the court's decision.

A massive 300-trillion-won push into fourth industry technologies, semiconductors and quantum-dot displays used in QLED TVs was only realized after February 2018, when Lee was freed with a suspended sentence after being convicted of bribing ousted president Park Geun-hye.

The current drive will likely start with semiconductors. 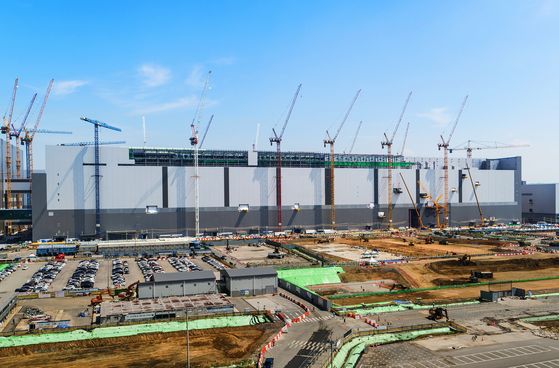 A second NAND flash production line is being built by Samsung Electronics in Pyeongtaek, Gyeonggi. [NEWS1]


Currently, the United States and China are battling in the global semiconductors market. While Samsung has maintained its place world leader in memory chips, China is catching up. It’s also behind the United States and Taiwan in non-memory chips. It was against this backdrop that Lee announced the “Semiconductor Vision 2030” last April to expand its presence in the sector over the next decade.

Other areas could also be focuses for the company.

In 2014, Samsung Electronics opened an artificial intelligence center in the United States, and in 2017, it inked the biggest acquisition deal in Korean history buying Harman, a U.S. audio and electronics company, for 9.3 trillion won.

Acquisitions immediately came to a halt from February of 2017, when Lee was investigated for bribery of ex-president Park. The company has yet to make a single M&A deal since Lee was caught up in the case against the president.

While Samsung is at a standstill, its global competitors, like Amazon and Microsoft, have been gobbling up promising start-ups. Amazon invested $15 million into the British start-up Beacon, a digital freight forwarder, on June 1. Apple acquired three start-ups, including one for augmented-reality glasses. Microsoft last month acquired a software company, Metaswitch Networks, to strengthen its cloud services.

Samsung is also intent on addressing labor issues and recently committed to responsible labor practices. In a nationally televised news conference on May 6, Lee said the company will respect the rights of employees to organize, and promised to communicate better. Samsung Electronics and other related companies organized an advisory committee for labor affairs and hired personnel for communications with civic groups.