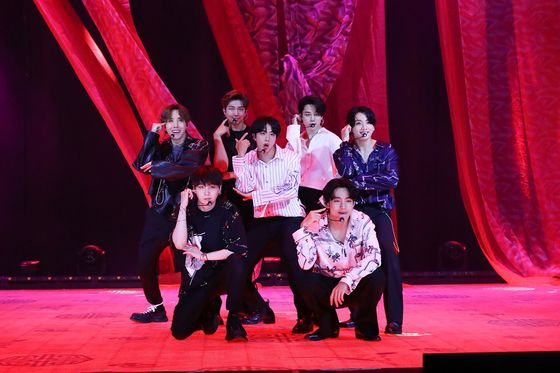 According to an official announcement posted on Live Nation's website, BTS and its agency made a donation that's "one of the largest artist donations that has been raised for the Crew Nation fund" since it was launched in March.

"Live Nation kicked off the campaign by donating an initial $5 million, which was matched with a further $5 million donated by artists, fans and employees," Live Nation said.

The money raised will be used to support some 1,000 concert crews across the globe who have been impacted by Covid-19.

Any concert crews who have been affected by the virus — such as those who were originally scheduled to work on BTS's concerts set for this year — can apply for the fund regardless of their nationality.

"If it weren’t for Covid-19, we would have been happily touring across the world with many of our live concert crews by now," said BTS through Live Nation's post.


“We hope our contribution to Crew Nation can help support many live concert crews around the world.”