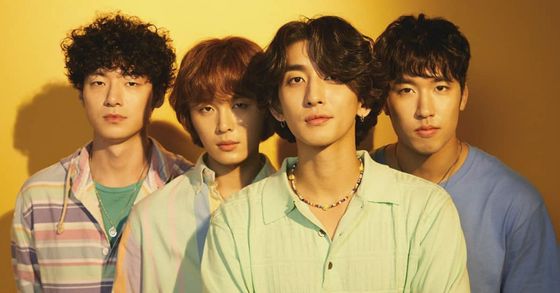 Bassist Jang Kyung-joon of indie rock band Jannabi will be taking some time off after news that he is getting married in August was subject to a backlash from fans online.

Jannabi’s agency Peponi Music said in a statement on Tuesday that some netizens have left extremely negative and slanderous comments on Jang’s social media accounts about his marriage and personal life.

“Jang will be taking some time off to take a break from all this,” the agency said.

Other members of the band broke the news of Jang’s marriage officially during a live show on Naver V on Monday.

Choi Jung-hoon, the band’s leader, said, “Jang is getting married, I don’t know how people found out, but there have been some malicious comments online toward Jang and his family.”

Another member of the band, Yoo Young-hyun, had left the group last year after netizens left comments accusing him of being a bully in his youth.

Choi said that the group can take legal measures against anyone who attacks members with groundless malicious comments.

Jannabi debuted in 2014. Their most recent hits include the single, “For Lovers Who Hesitate,” which won Song of the Year and Best Modern Rock Song at the Korean Music Awards in February.

Russian YouTuber based in Korea takes stance against her home country