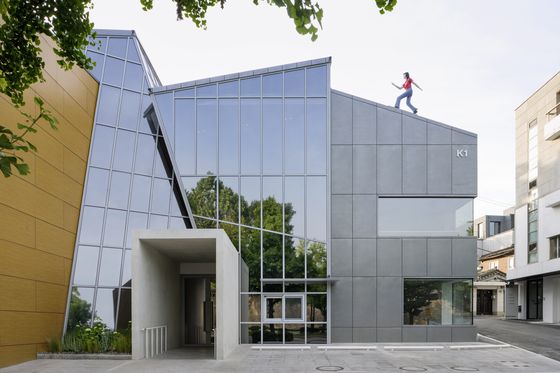 Kukje Gallery was already renowned for its stunning exhibitions featuring works by world-famous artists, but if that wasn't reason enough to visit, the renovation of Kukje Gallery’s Samcheong-dong branch in central Seoul should be enough to draw art novices and enthusiasts alike.

Two years after construction first began, Kukje's main exhibition hall, called K1, is complete, and along with art now also offers coffee, drinks, food and space to exercise and relax for visitors who drop by the multi-use art complex.

Kukje, now in its 38th year after it was founded by Lee Hyun-sook in the art-filled neighborhood of Insa-dong in Jongno District, central Seoul, in 1982, built K1 in 1987 and settled in Samcheong-dong, Jongno District, before opening two additional halls — K2 in 2007 and K3 in 2012. In 2018, Kukje opened a branch in Busan, solidifying itself as a mainstream gallery in Korea.

The latest remodel of K1 was conducted under the theme of “An art collector’s house,” to allow for visitors to enjoy a variety of cultural experiences, going beyond the conventional role of an art gallery.

Kim Soo-ran of Ourstudio took the helm for the overall design of the building and the interior of the first floor — which includes a cafe and the exhibition space — while Teo Yang Studio took charge of the other floors — which include a restaurant, a multi-purpose hall and a fitness center. 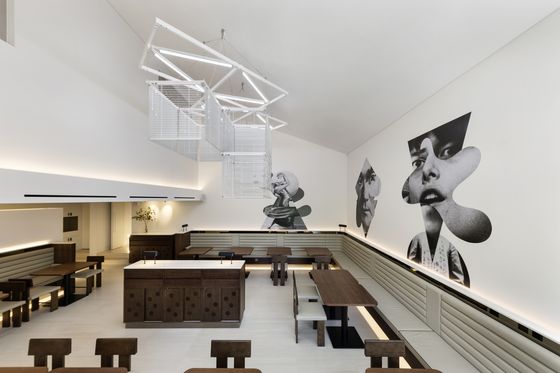 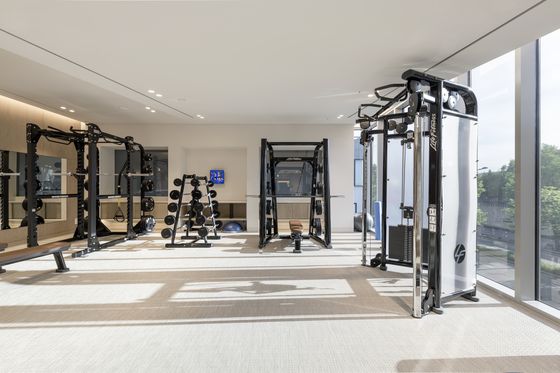 
The cafe features designer Kim Na’s “Tracing 4-1” and “Tracing 6-1,” which circumnavigate the walls. The simplicity and color palette of Kim's work add to the warm and welcoming vibe of the cafe which offers a variety of beverages, desserts and bread.

While the works by Kim and Yang have been custom-designed for the new K1, other pieces line the walls of space outside of the exhibition halls themselves.

Works by artists such as Moon Sungsic, Park Seo-bo, Ha Chong-hyun, Louise Bourgeois, Candida Hofer, Jenny Holzer, Julian Opie, Ugo Rondinone and Byron Kim fill the hallways as well as the walls of the fitness gym — dubbed the “Wellness Center K” — located on the third floor of the gallery. The gym is aimed at providing “visitors with a holistic experience that bridges art with self-care and spiritual well-being,” according to the gallery, and will be open to the Kukje’s membership holders.

K1 still houses American sculptor Jonathan Borofsky’s “Walking Woman on the Roof” on the roof of the building.

“The renovation, which took approximately two years and transformed the building into an ‘open space,’ represents Kukje Gallery’s dedication to pioneering groundbreaking projects that are responsive to our changing times, providing a space for cultural dialogue, along with its commitment to expanding the boundaries of contemporary art by redefining and expanding the function of a conventional art gallery,” said the gallery. 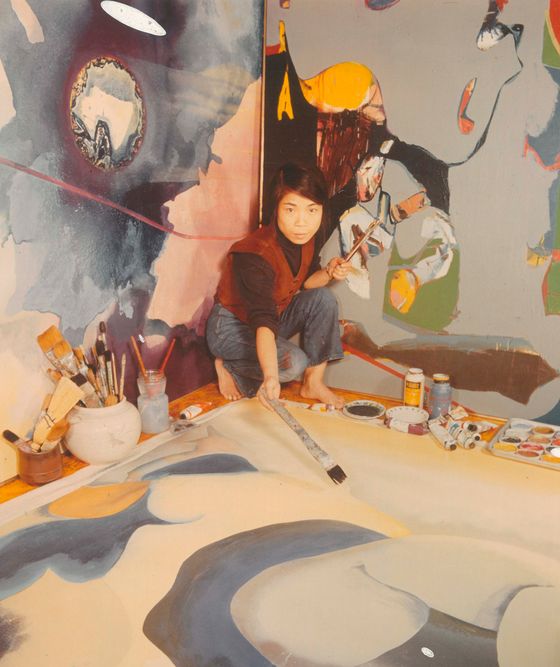 
The honor of K1’s opening exhibition went to abstract artist Choi Wook-kyung (1940-1985), who pioneered Korean abstract painting during her life.


Trained by famed modern artists such as Kim Ki-chang and Kim Heung-soo, Choi graduated from Seoul National University’s fine arts college in 1963 before traveling abroad to pursue her studies.

After studying at Cranbrook Academy of Art and the Brooklyn Museum Art School, she taught as an assistant professor at Franklin Pierce University from 1968 to 1971, then returned to Korea in 1978. She focused on teaching young Koreans at Yeungnam University and Duksung Women’s University, while holding solo exhibitions at Shinsegae Gallery in Seoul in 1971 until her untimely death in 1985. 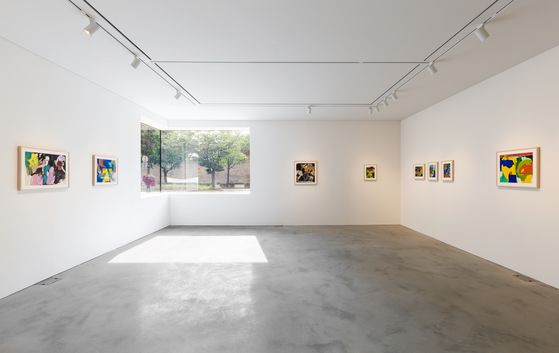 
It marks the third solo exhibition of Choi's work at Kukje Gallery following past events in 2005 and 2016.

Whereas the past exhibitions were focused on her most famous works that she created later in her life, this exhibition turns the focus to the development of her thoughts by looking at how her work evolved over time; 40 pieces are on display, spanning from the early 1960s to mid-1970s, most of which are being exhibited for the first time.

Choi readily experimented with what could be done on canvas during a time in Korea when colorful abstract paintings failed to receive recognition due to the popularity of the dansaekhwa, or monochrome paintings. Her experiments spanned across medium, color, format, idea and style, during which she created colorful abstract paintings much like her later works as well as black-and-white paintings using ink and other materials. She is said to be one of the first artists in Korea to pick up the American pop art technique, which she later developed into her own unique style.

The first room within K1 exhibits Choi’s earlier color works where she experimented with color and format, and the second room shows a compilation of her black-and-white works. 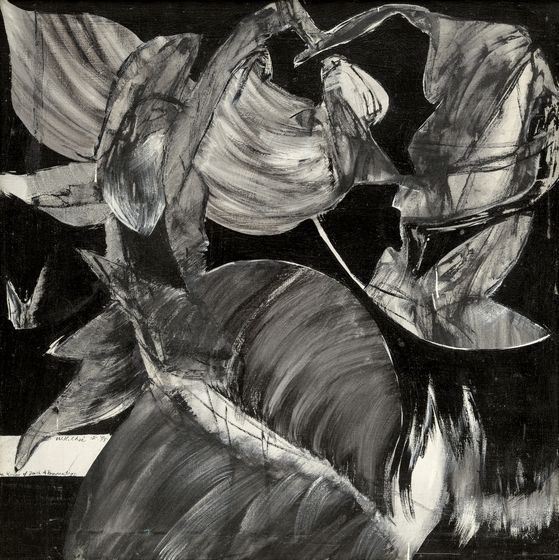 
Choi used ink on glossy paper for “Passion, Georgian Style” (1975), which allowed for the brush strokes to remain more visible than they would have been on normal paper, and resembles the image of lovers cuddled up together. “The Raven of Death and Resurrection” (1975) is painted with acrylic on canvas, but alludes to the image of birds taking flight, or flowers in full bloom.


“The artist’s unique formal sensibilities, forged by rigorously exploring and internalizing discrete mediums, led her to employ a form of abstraction where ‘the existence of the subject can be recognized,’ setting her apart from mainstream American abstract expressionists whose gestural abstraction was founded on an incorporeal space that broke away from traditional elements and narrative. This willingness to reveal herself in the work and specifically implement language on the canvas can also be attributed to Choi’s interest in writing, as she authored multiple essays and published a collection of poems,” the gallery said.

The exhibition will be held until July 31. The cafe is open for visitors while the restaurant will begin taking reservations from July.