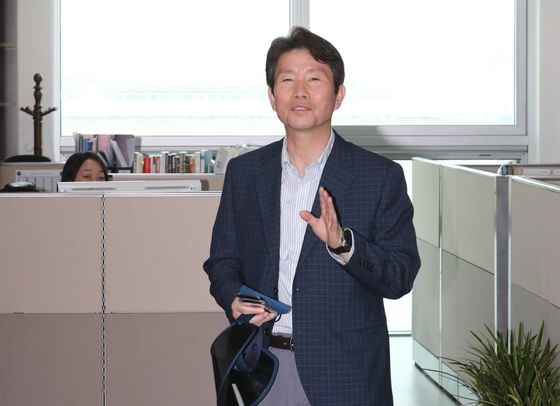 Rep. Lee In-young of the Democratic Party, widely considered to be the Blue House’s pick for Unification Minister, declines to comment on his candidacy to the media at the National Assembly on June 19. [YONHAP]


Former floor leader of the ruling Democratic Party (DP) Rep. Lee In-young is on the shortlist to be appointed as South Korea’s next minister of unification, according to ruling party sources.

A four-term lawmaker, Lee is the Blue House favorite for Seoul’s top inter-Korean position, given the influence he could bring to the position as a former floor leader and a ranking figure in the party familiar with North Korea matters.

Officials hope he could drum up legislative support for the Moon Jae-in administration’s inter-Korean policies and cut through the bureaucratic red tape that has often hampered the efficiency of the Unification Ministry.

Former Unification Minister Kim Yeon-chul, an academic who was the head of the Korea Institute for National Unification before his appointment, resigned abruptly from his post on June 17 following a rapid escalation in aggressive behavior from North Korea. The North's bellicose posturing peaked with the unilateral demolition of the inter-Korean liaison office in Kaesong.

The presidential office has already begun vetting Lee, who if appointed would assume the cabinet position while remaining a sitting lawmaker, a ruling party source said Tuesday.

Lee is considered well versed in Moon’s inter-Korean policy, having served on the National Assembly’s Foreign Affairs and Unification Committee throughout the legislature’s previous session. He also served as head of the Special Committee on Peaceful Unification of the Two Koreas for National Reconciliation and Prosperity, a body created last year to streamline discussions on economic cooperation with the North.

Along with Lee’s appointment, the Blue House is also considering a major reshuffling of several top positions in the administration responsible for peninsular affairs, so as to restore momentum in Moon’s inter-Korean policy amid its greatest crisis.

Several news outlets in Seoul, citing anonymous political sources, said Chung Eui-yong, director of the Blue House national security office, asked to resign from his post after the destruction of the liaison office.

For his replacement, the Blue House is considering National Intelligence Service Director Suh Hoon, who has often served as Chung’s partner in his earliest engagements with Pyongyang in 2018 that eventually brought about the summits between North Korean leader Kim Jong-un and Moon, as well as with U.S. President Donald Trump. 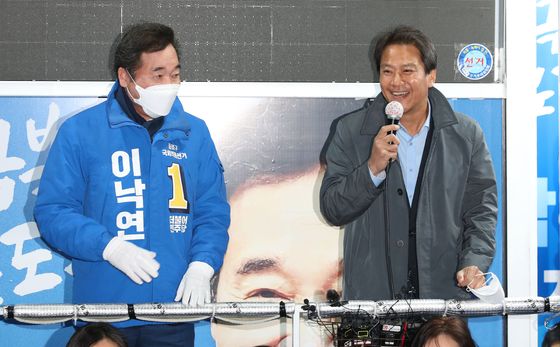 
Among those mentioned to take over Suh’s position as South Korea’s spy chief is Im Jong-seok, Moon’s first presidential chief of staff whose return to politics and public office has been speculated for months. As Moon’s closest aide during the first half of his term, Im played an instrumental role in organizing the three inter-Korean summits of 2018 and met with top figures of North Korea’s leadership, including Kim Jong-un and his younger sister, Kim Yo-jong.

Since leaving office as chief of staff in January 2019, Im said he would devote his time to a civic movement by pushing for reunification with the North — harkening back to his youth as a left-wing activist — which fed early speculation that he would be a candidate to take over as Unification Minister after Kim Yeon-chul’s resignation.

Those close to Im have reportedly denied that he received offers to lead the Unification Ministry or the National Intelligence Service.

Nonetheless, Im’s experience and decision to opt out of April’s legislative races leaves him as a perpetual dark horse candidate for a high office appointment. In a rare interview with a seasonal magazine in April, Im hinted at a return to politics, saying he would serve in any political capacity demanded by changes to inter-Korean relations.