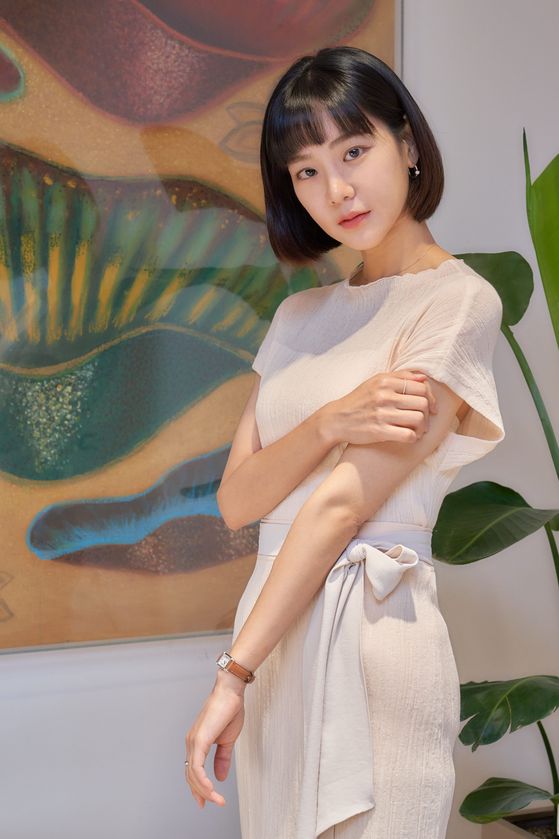 Kkondae is a term that has become commonplace in today's vernacular.

Kkondae is Korean slang used to describe a condescending person who forces their ideologies and experiences on others. It is not a compliment.

In the recently ended MBC drama, “Kkondae Intern,” characters showed the common scenes from the daily lives of office workers to encourage many to think more about better ways to adapt to have more inclusive and productive teams within a company.

At the center is actor Han Ji-eun, who positions herself as an intern named Tae-ri. In the beginning, she was so passionate about doing anything, even simple tasks like copying documents and delivering other things for coworkers. But soon, she realized that she didn’t want to spend her time in the office doing menial jobs.

She decides to speak up for herself and let others know what she is willing and not willing to do.

“I’m so thankful that everyone enjoyed my character,” said Han, in an interview with Ilgan Sports, an affiliate of the Korea JoongAng Daily, adding that she became emotional during the last day of filming.

“It wasn’t easy to digest the character I was supposed to play, but I found myself enjoying it later on.”

What made you want to take the role in this drama?
Isn’t kkondae the hot topic these days? I was instantly drawn in by the title. Then I read the synopsis, and thought the story will unravel in a way that invites anyone to really understand the characteristics of kkondae. I also like the fact that such a process is done comically. I also took a close look at the role I was supposed to play, and it is someone who has many different layers.


What do you this kkondae is?
I think those who think only the ideas and experiences they have are true or important is what determines a kkondae mindset. I don’t think that’s always bad, because everyone’s personal experiences are priceless. It isn’t unilaterally bad, but it gets problematic when that one person’s experience is taken as the right one. That means most of the time you don’t listen to what others have to say. As much as what’s yours is precious, what’s others' is also precious. So I want people to be open-minded. I want people to listen to others. Then I think society gets [warmer]. I don’t think such personality has any link to one’s age. I think it’s more about the differences that come with an individual’s viewpoint.


Have you ever thought of yourself as kkondae?
I’m someone used to analogue. When I see someone who used to the digital culture, I sometimes think that what I [use] is better. I think things coming from analogue times make me feel more complacent. Then I think I might be like a kkondae. Because I’m someone who experienced the pre-digital period and then entered the world where many things are digital, I feel bad whenever I see the new generation who only knows the digital world.


What did you learn while working on the drama?
When I watched other actors creating a positive atmosphere during the filming time and not just focusing on the acting they needed to do, I learned that comes from the experience. Because one leads from the front and the others support from the back, other [actors and staff] can more freely express themselves at work.


What’s your plan for the future?
I do want to continue doing something soon to continue with the momentum. There are many things I want to try, and I want to take on a challenge. Other senior actors have told me that rest time is as important as the working period, and I sympathize so much now. I get physically exhausted after living the life of my character. I think it takes time for me to take the true me, Han Ji-eun, back. I will take a break and be back soon.


What do you usually do when you take time off?
I spend a lot of time alone. I read books or watch movies often. I also look for some memorable sayings as I personally find it helpful. I try to vicariously experience as much as possible because then I can better portray the roles of characters who go through the experiences I have never gone through. So it’s filling the gap between the real and fictional experiences, and helping me expand the spectrum of my own thoughts.


What do you want to do most?
I want to rest up and eat a lot. I want to eat all kinds of food. First of all, I’m going to get pasta, pizza and chicken feet. I usually don’t go for spicy food much, but the only spicy food I look out for is chicken feet. Yesterday I had gamjatang [pork soup]. I was so happy as I felt like it’s been a while since I had a full table of food at home.


Are there any other genres or roles that you'd like to take on?
I have great interest in what humans are all about. That led me to pay more attention to the subject of love. I have never delved deep into the emotions that arise with love because I have never done such romantic acting. Of course there was some romantic lines in my previous work, but love was never the main theme. So I wanted to do some very human, love-centered work. At the same time, I also want to do something completely different, something really deep and serious.