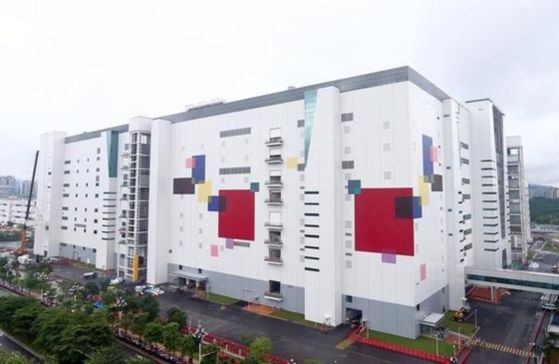 
The growing popularity of organic light-emitting diode (OLED) televisions could be a big opportunity for LG Display, the sole producer of large-sized OLED TV panels, to recover its losses, according to analysts.

Not only did the releases push up the number of OLED TV makers to 19 globally, but they could also drive the broader adoption of the premium TV type.

Existing OLED TV makers include Sony, Sharp and Huawei, all of whom source their panels from LG Display.

For the panel maker, struggling with lower demand in the wake of the coronavirus pandemic, the growing popularity of OLED could serve as a catalyst to save it from net losses totaling over 1 trillion won ($833 million).

Lee Soon-hak, an analyst at Hanwha Investment & Securities, projects the upturn in profitability will be visible in the fourth quarter.

“[LG Display] will succeed in turning around in the fourth quarter, boosted by an increase in sales of OLED panels for TVs and smartphones,” Lee said, adding that the growing supply for the North American market and the planned operation of a new OLED production line at the Guangzhou plant in China will help accelerate recovery.

LG Display declined to comment on the prospect, saying that it is not allowed to discuss its clients.

The plan to start mass production at the new line with the capacity to produce up to 90,000 large-sized OLED screens per month has been delayed, due primarily to the coronavirus.

Suh Dong-hee, chief financial officer at LG Display, said in a conference call in April, “The operation has been delayed because we had difficulties bringing local staff to the plant due to the coronavirus.”

Analysts believe that the new line could open as early as July.

As well as the uptick in large-sized OLED orders, the demand for plastic OLEDs, used for smartphones or infotainment screens in vehicles, will also strengthen in the third quarter, according to Park Sung-soon, an analyst at Cape Investment & Securities.

“The OLED TV segment underwent tepid demand and deteriorating market conditions in the second quarter and the prices of liquid crystal displays went downward until May,” said Kwon Seong-ryul, an analyst at DB Financial Investment.

Plastic OLED also went through “a slowdown in demand on an unprecedented scale,” according to Kwon, who revised down the projection for LG Display’s operating loss to 523.2 billion won in the second quarter, from 430 billion won.

Faced with multi-faceted challenges, LG Display announced a fresh strategy last month to become what it calls a “display solution” provider, moving from being simply a manufacturer to something more.

In detailing the plan, it said that the company will no longer stop at being a supplier that manufactures solely based on client orders, but move on to suggesting novel applications using its panel technology.