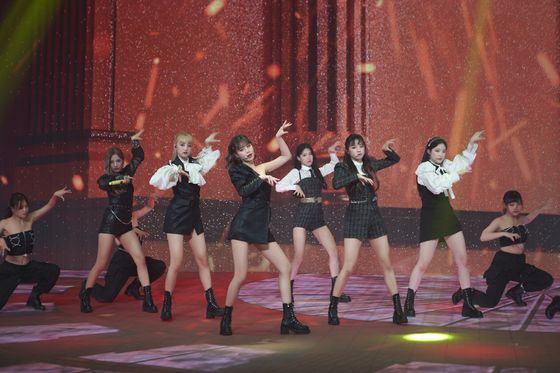 
Girl group (G)I-DLE held its very first online concert on Sunday, garnering the attention of thousands of fans across the world who joined in to watch the six-member group fill up two hours with its musical prowess and powerful performances.

(G)I-DLE's concert "I-Land: Who Am I" was held online on Sunday afternoon, and was not only the group's first online concert but also the first since its debut in 2018. Some 11,000 viewers from around the world each paid 39,000 won ($33) for a ticket, according to the band's agency Cube Entertainment, marking a successful feat for the first-time event.

"I have been dreaming of this moment since I was a trainee," said leader Soyeon. "We can't see Neverland [fan club], but we know that you're all supporting us from far away."

(G)I-DLE is one of the fastest-growing bands in K-pop, having burst onto the scene with its dance pop debut "Latata" in 2018 and releasing hit after hit led by the talent of songwriting Soyeon who has brought out the best in each member through her unique lyrics. 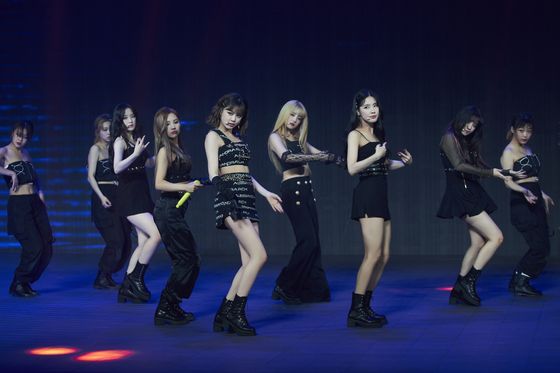 
The group sold 150,000 copies of its latest EP "I Trust" in April, and was set to embark on its first world tour this year, stopping at 32 cities across the globe. However, the tour was canceled due to the global coronavirus pandemic and substituted with the online concert.

The list of songs performed on Sunday included all the band's biggest hits, kicking off with a mesmerizing performance of "Lion" (2019). (G)I-DLE stormed music charts with the empowering track, which was written by leader Soyeon during Mnet's girl group competition show "Queendom" last year. 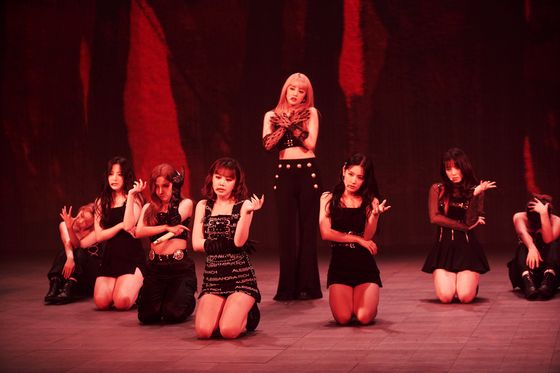 
After performing other hits such as "Hann" (2018), "Blow Your Mind" (2019) and "Senorita" (2019), the group greeted fans in diverse languages. Shuhua welcomed fans in Chinese, while Miyeon offered a greeting in Japanese, Yuqi in English, Minnie in Thai and Soojin in Korean.

Twenty-two songs were performed in total, which included the band's hits "Oh My God," "Maybe," "Latata" and "Uh-Oh" (2019) as well as solo performances by each of the members, in which the group took advantage of the digital platform.

Taking the advice of many experts that have pointed out that online concerts must do more than simply "broadcast" the offline performances, the individual performances made use of the screen background that lit all three sides of the walls on the stage as well as the floor — giving the entire space an almost wondrous look when the camera shot from a bird's-eye view down on the stage. 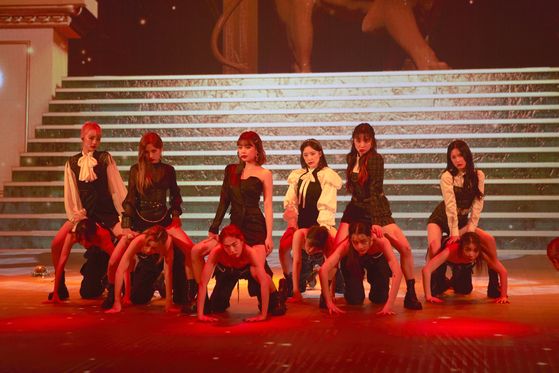 
The peak came during the performance for "Put It Straight," which, although it was recorded prior to the concert, used dramatic red lighting to amplify a horror-like mood throughout and finished off with the members sitting in the middle of a raining background.

An unexpected highlight also came when for the first encore song, members of (G)I-DLE took turns holding a camera on a selfie stick to give an up-close and first-person perspective.

For the last song, (G)I-DLE finished by performing "i'M THE TREND," a song written by Yuqi and Minnie, for the first time for fans. 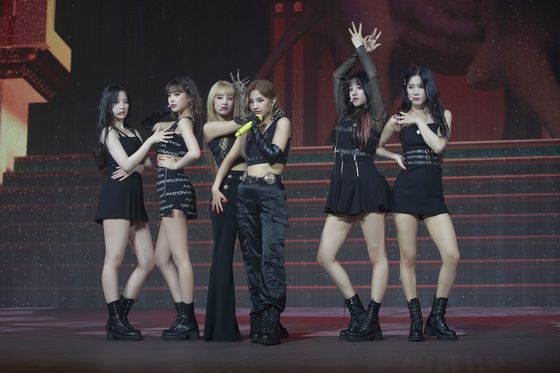 
"This was our first time holding a concert, but I hope you all enjoyed it as much as we did," said Minnie, closing the concert.

"I wanted to be with the fans in person, and communicate and cry all together," said Miyeon. "I hope that next time, we'll all be there together."

While the concert showed off the best of an online concert without the help of the finest, most expensive technology such as artificial reality and virtual reality, it did suffer a 25-minute-long glitch near the end — which, although the group remained calm and collected, enraged viewers who paid to watch the performance.

The girls' ability to overcome the sudden difficulty was proven by the fans' choice to stick through the technical error — even though they did pour their anger out on the comment section.

It probably wasn't the first concert the band or the fans had in mind, but it was a performance only (G)I-DLE could have pulled off.

(G)I-DLE I-LAND Who Am I concert Neverland