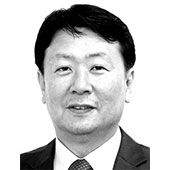 
President Moon Jae-in’s hope for a North Korea-U.S. summit before the November U.S. presidential election is like a midsummer night’s dream. It is a case of wishful thinking ignoring reality. U.S. President Donald Trump and North Korean leader Kim Jong-un are still at opposite poles on the nuclear crisis. North Korea demands sanctions be lifted first, while the United States demands North Korea give up nuclear arms first. Their positions have not budged, though there are many other reasons that they could not meet before the elections.

Firstly, the North Korea issue is a trivial matter for Trump’s bid for reelection. At the end of last year, a Gallup survey showed that American voters saw foreign policy as the 14th most important matter among a total of 16 issues. Their first priority was health insurance, followed by gun control, education and the economy.

Foreign policy was only on the list because of other bigger issues such as the U.S.-China conflict and the Iranian nuclear crisis. A Washington expert assured us that North Korea is not on Trump’s mind, saying that if Trump had been interested in North Korean affairs, he would have posted on Twitter when North Korea demolished the inter-Korean liaison office last month. In fact, early March was the last time when Trump talked about North Korea at a public event. It is delusional to expect Trump to focus on North Korea during the final months leading up to the presidential election.

Kim doesn’t want a summit either. Why would he want to meet Trump, whose approval rating is 10 percentage points lower than rival Joe Biden’s? In the 1990s, North Korea had an amicable relationship with President Bill Clinton’s administration, striking the Geneva agreement for the nuclear crisis. But the situation suddenly changed after George W. Bush was elected president. The North will not forget bitter memories from those days, and it’s practical for Pyongyang to close a deal with the next U.S. president no matter who it will be.

A statement issued by North Korean Vice Foreign Minister Choe Son-hui backs this presumption. She said the North will not sit down at a negotiation table with the United States, which considers the dialogue as “nothing more than a tool for grappling with its political crisis.”

Third, even if Trump wants to have the summit, scheduling is impossible. The Republican National Convention, where a final candidate will be selected, will be held in late August. Until then, Trump has to win the party’s support. After the national convention, he has to tour states for campaigning. He can hardly leave the United States. Theoretically, Kim can travel to the U.S. But he won’t go without a perfect deal arranged in advance. He learned a big lesson from his humiliating failure in Hanoi, Vietnam. Because the two countries are not maintaining contact, a perfect, pre-arranged deal before November is impossible.

Others say there is the possibility of a North-U.S. summit because both sides are trying to resume talks. U.S. State Department officials, including Deputy Secretary of State Stephen Biegun, are all urging Washington to resume talks with Pyongyang. But it is a misunderstanding to think of that as proof that the United States is interested in a summit.

Proponents of dialogue with North Korea argue that Pyongyang at least refrains from provocations during talks. Obviously, Pyongyang won’t test nuclear bombs and fire missiles during periods of dialogue, and Trump seems to be leaning on this strategy to use dialogue as a mechanism to prevent Pyongyang’s provocations.

In summary, though neither sides shows slight sign of interest, the Moon administration is betting everything on arranging a Trump-Kim summit in the next few weeks. Park Jie-won was named National Intelligence Service (NIS) chief, and others promoting dialogue were named to top posts handling North Korean issues. Are these signals that the government will do anything to arrange a summit, no matter what humiliations it will have to go through? What’s the rush? The boat will flip if you hurry.