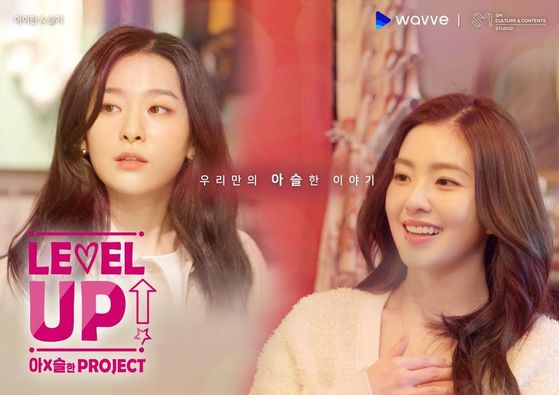 
Streaming platform Wavve announced that it will be expanding its original content from the second half of the year, starting with “Level Up Thrilling Project” featuring girl group Red Velvet's subunit Irene and Seulgi on Wednesday.

“Level Up Thrilling Project” is a spin-off from “Level Up Project” (2018), which followed the Red Velvet members between concerts in: Bangkok, Thailand; Yeosu, South Jeolla; and Slovenia.

The spin-off follows the creation of the subunit and the duo's work together.

"Level Up Thrilling Project" isn't the only show that Wavve has coming up. The official YouTube channel for cable network Channel A posted a teaser clip for drama series "Lies of Lies" (translated) on Wednesday. The new drama will also be released on Wavve, the first cable drama series it has invested in.

Set to air on the cable channel in September, it is a suspenseful romance drama series about a woman starting a false romance to become the stepmother of her real daughter.

“As Wavve’s original content investment is concentrated on the second half of the year, we’re planning to continuously release new content as of this month,” Wavve said.