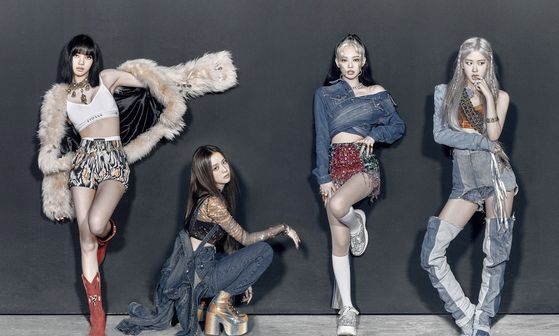 
Blackpink's official YouTube channel accumulated 10 billion views on Thursday, the highest for any Korean artist on a single channel.

According to the band's agency YG Entertainment, the aggregate views of the videos on the Blackpink YouTube channel hit 10 billion four years after it was launched in 2016.

This adds to the streak of new YouTube records Blackpink has rewritten, including the highest number of subscribers to its channel with 40 million last week, which has since risen to 41 million as of Thursday.

The girl group's music video for its latest single "How You Like That," which dropped on June 26, reached 100 million views on YouTube within 32 hours and 200 million views in seven days.

The music video also broke the Guinness World Record for the most-watched music video in 24 hours.

The track is continuing its reign on local music charts for the 14th day, topping charts on Melon and Bugs.