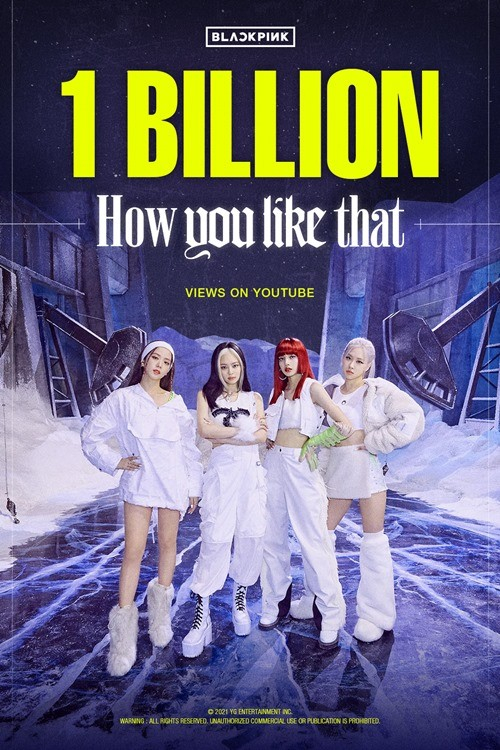 Blackpink's music video for ″How You Like That″ surpassed 1 billion views on YouTube on Friday. [YG ENTERTAINMENT]

According to its agency YG Entertainment, the record was reached 505 days after the video was first released on June 26 last year.


“How You Like That” won the Song of The Summer at the 2020 MTV Video Music Awards and was chosen as the Global Top Summer Song selected by YouTube.

Overall, Blackpink has 32 videos which have surpassed 100 million views while the number of accumulated views amount to 21 billion. The number of subscribers to the girl group's official YouTube chancel is over 69.4 million, making Blackpink the most subscribed to artist on the platform.