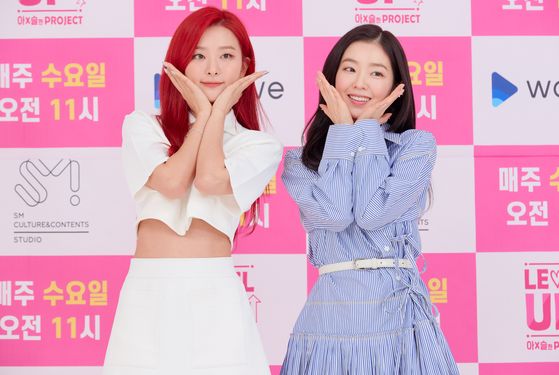 Irene, right, and Seulgi of Red Velvet pose for photos during an online press conference held on Thursday afternoon for the new online reality series "Level Up Project." [SM C&C]


We know the fierce and powerful look of Irene and Seulgi on stage, but what are they like off the stage? What do they do together in their time off? What are they like when there’s just the two of them, and no one else?

The two members and producer of the program Kim Ji-seon sat down for an online press conference on Thursday afternoon, revealing their experience of shooting the program as well as their experience as the group’s first subunit duo. Although the program doesn’t directly show the two working on their EP, it was shot when they were working on the music, so a lot of their conversations are on that topic, according to the members.

“Honestly, I was really worried about how the program would turn out,” said Irene. “We just do what we’re told to do. We eat when we’re told to eat and do what we’re told, and that got me worried that the show was going to be really short at some point. But it turned out to be really long. The producer caught every little detail, and that was possible because she was well aware of the who we were and what we were like. She captured our characteristics really well, and livened them up.” 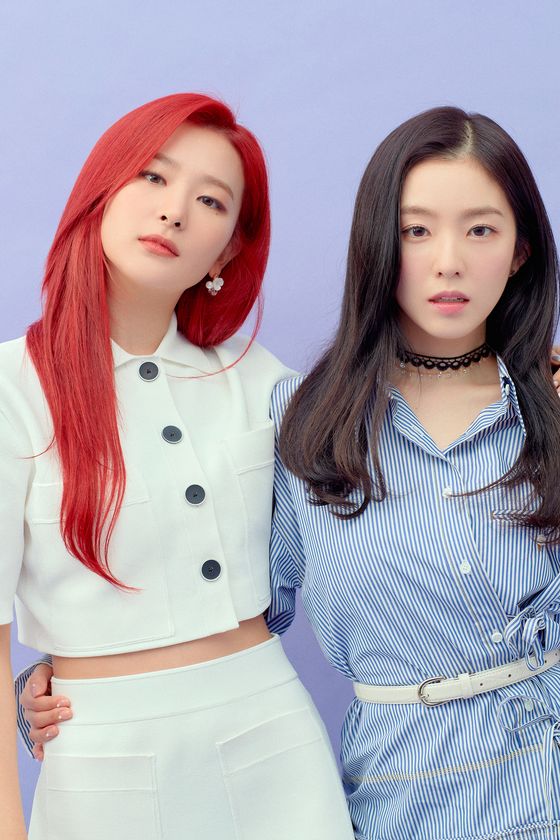 
In fact, this is the fourth season for “Level Up Project,” having started in 2017. Producer Kim has been in charge since the first season, and her knowledge of the members was what brought the best possible result for the show, Irene said. Contrary to the past seasons, which were mostly set around the five members of Red Velvet traveling together and carrying out various missions, this season is mostly about showing the conversations and intimate chemistry between the two members, according to producer Kim.

"This is a reality program that shows the daily lives of Irene and Seulgi," Kim said. "It's made not just for the fans, but for the general public to enjoy as well. It shows the trust between the two members as a duo, and also the friendship they have as two people."

Seulgi added, "I think our chemistry will be the most fun to watch for viewers. We're very different, but in a way that our differences make each other better. We cover each other's flaws, and that makes us solve the problems that we have in front of us."

To show the realest reactions they could, Irene said that she asked the producers not to tell them what was going to happen in advance.

"I think it allowed us to show some new sides that we hadn't before," said Irene. "I even thought when I was watching the finished episodes, 'Did I really say that?' and found out things that I didn't know about myself. It's the most natural of us yet."

Two new episodes of "Level Up Project" will be revealed through Wavve every Wednesday 11 a.m.