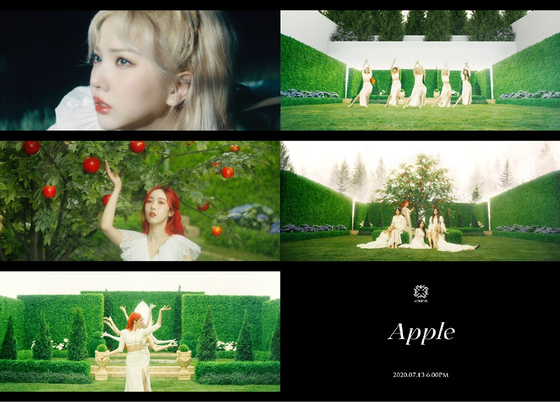 
Girl group GFriend released a teaser of the music video for “Apple,” the title track of their upcoming EP “Song of the Sirens,” on Sunday.

The short clip was uploaded on the group’s official YouTube and social media channels, drumming up excitement among fans for the group's 10th EP, which will be released online at 6 p.m. on Monday.

The group’s agency Source Music said fans will be able to see different sides of GFriend members in the 10th EP as the girls have gone through a “shocking transformation.”

They’ll show some “wicked witch’s spell-like performances that will mesmerize anyone who lays their eyes upon their new performance,” the agency added.

The 10th EP comes about five months after their previous, titled “Labyrinth.”