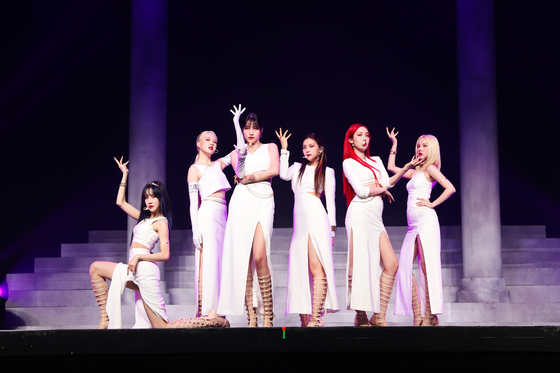 
Girl group GFriend has fully bloomed into powerful and determined adulthood with its new EP "Song of the Sirens," showing a more matured side than ever before with its new music.

GFriend officially dropped its EP at 6 p.m. Monday, five months after "Labyrinth" came out in February. If its previous release had been about the confusion and displacement of people — especially maturing girls — "Sirens" is about overcoming those perplexities and fully taking charge of their decisions.

The lead track "Apple" takes its motif from the biblical story of Eve, from the moment when she picked the apple from the tree in the Garden of Eden. Rather than depicting Eve as someone who has made a mistake, "Apple" highlights the act of having made the choice and taking full responsibility for it. 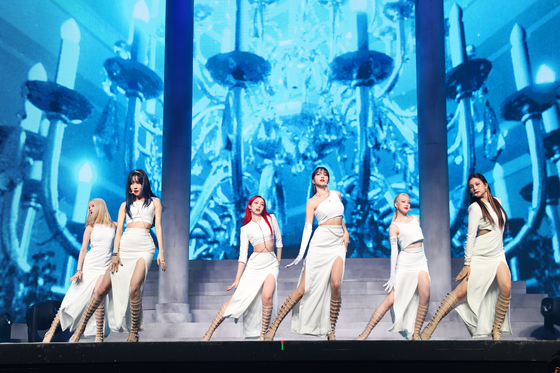 
"Although the performance was created around the idea of 'seduction,' the song is about the feminine power that opens up its own path after having made a choice," said SinB during the online showcase of the new EP held on Monday afternoon.

"The choreography depicts all of that. There's a part in the beginning where we form the shape of a tree with our arms, and a part where we walk like cats in the middle. Along with the strong makeup and choreography, we're certain that this song has everything that you haven't seen [from GFriend] before."

For this EP, the members took a bigger role in making the music than they ever have before, another indicator of their maturity as musicians.

While the best producers from Big Hit Entertainment, including head of Big Hit's Bang Si-hyuk and producers Pdogg and Frants, came together to ensure top quality, members Eunha and Yuju took part in making "Apple," in both the melody and lyrics. Yuju also took part in writing the lyrics for "Eye of the Storm" and "Tarot Cards" with member Umji. 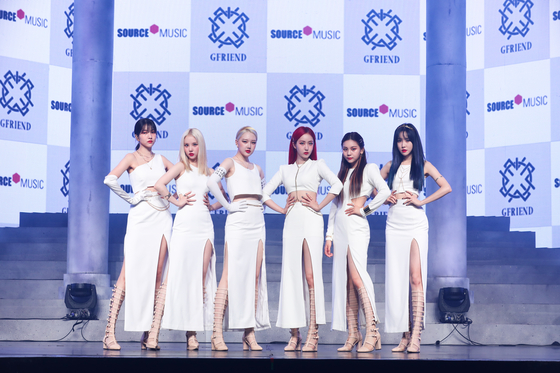 
"We've always thought about bringing change to the group," said leader Sowon. "We've definitely changed and improved over time. But this time, we wanted more than just a subtle change. We wanted something that will make everyone say, 'This is completely new!' We were able to talk a lot about changing while preparing for this album, and I hope you'll be able to see the effort we put in."

Still keeping faithful to their finest synchronized dance routines, the choreography for "Apple" has been made slightly easier than its previous songs for people to follow along to, according to the members. But more than just their music and growth, GFriend believes that this song will be easier for the listeners to relate to.

"This song is mostly about seduction, the indecision that comes from that seduction and the cost that people must pay at the end," said Umji. "But this isn't something bad. We've all been in situations where we swayed due to the choices in front of us, and it's a story that we've all been in. I think that the album carries all of those stories."