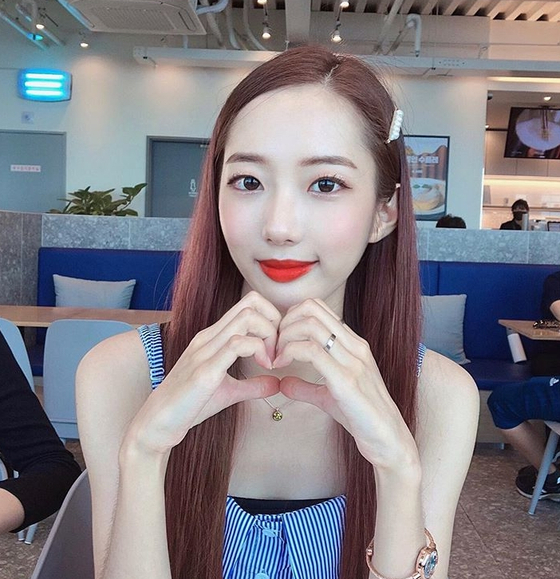 
Shin Min-ah, a former member of girl group ILUV, posted an image of a text message she received to prove that she was being bullied on Thursday night, refuting claims from her agency WKS ENE that Shin was lying.

Shin posted an image of two texts carrying the same message on Instagram from a user named Hyeon.

"You couldn't get famous and now you can't even die properly," read the text.

"You're asking for sympathy because you think this is good timing, you disgusting bitch. Please just die at once and stop bothering other people."

With the image, Shin posted the caption, "Does it end when I die? […] I wasn't going to [post this on social media], but I was angry because the company posted a false article."

"My depression, panic disorder and insomnia were caused by the members bothering me. Everyone in the company knows. Don't pretend you don't know."


On Wednesday Shin revealed that she had tried to take her own life but that a police officer had intervened. She claimed that she was being bullied by the members of her former group — who are soon to debut again under the name Botopass.

In response to her claims, her agency WKS ENE released an official statement denying that any bullying had happened.

The agency argued on Thursday that Shin's claims were all false, and that the members of the group were "shocked and hurt" by her "false argument."

The agency also explained that it had offered Shin the chance to participate in the "new project" — the debut of Botopass — but Shin refused. Shin's Instagram post said that the company had asked her to remain out of the group "until fall."

The agency is yet to respond.