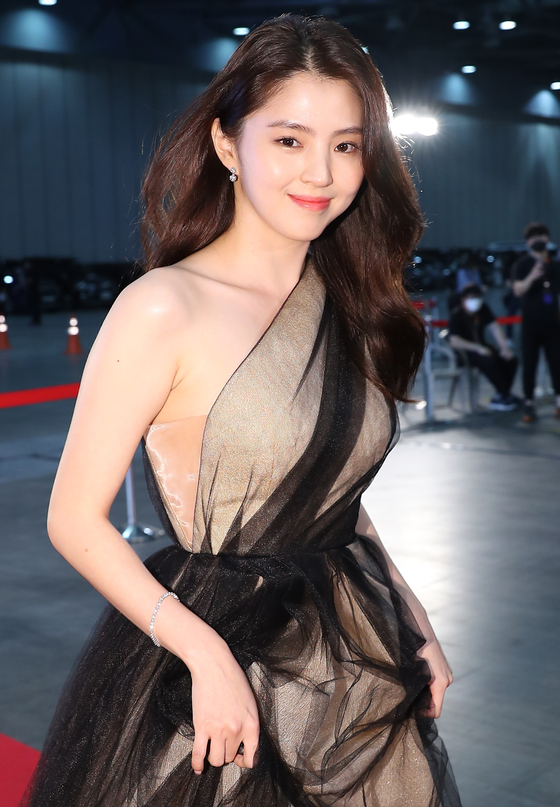 
Actor Han So-hee apologized to the victims who experienced fraud perpetrated by her mother on her personal blog on Sunday.

“I first want to sincerely apologize to the victims who have written [the accounts of fraud] with the desperateness of standing on the edge of a cliff,” Han began. “I am writing this in hopes that there won’t be additional victims.”

The actor revealed that since her parent’s divorce when she was five years old, she was raised by her maternal grandmother.

“I wasn’t on speaking terms with my mother and I came to know of her debt after I was 20 years old,” Han wrote. “Since she was the daughter of my grandmother who raised me, and partly due to filial duty, I paid off her debt as much as I could before I debuted [as an actor].”

Han emphasized that she only learnt that her mother had borrowed more money in her name after her debut.

“The money that she’d borrowed under my name without my consent had increased uncontrollably to the extent that I couldn’t afford [to pay it off]. It was my shallowness to think that the solution lay in paying back the money. Due to my mistake, more victims seem to have been created.”

The debt scandal surrounding Han broke on Saturday, when an anonymous post was uploaded on an online community under the title “’The World of the Married’ star’s mother is involved in fraud.” In the post, the victim said that Han’s mother had defaulted on a loan worth 9.7 million won ($8,000).