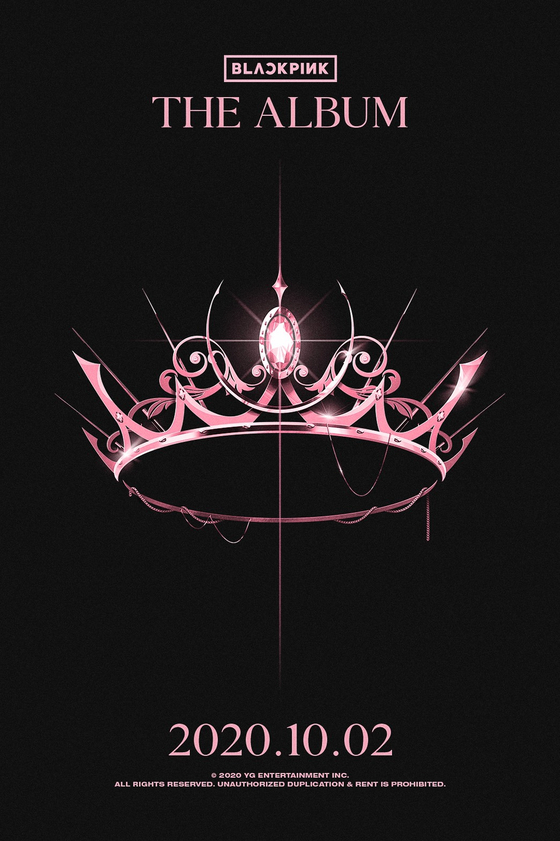 
Mark Oct. 2 on the calendar — girl group Blackpink has announced the date of the release of its full-length album on Tuesday, upping expectations from fans around the world.

The group's agency YG Entertainment announced the news with a poster of the album, which showed a pink tiara against a black backdrop.

The poster had no other details or clues, and only had the date and the words, "The Album."

This will be the first full-length album for Blackpink since its debut in 2016, and comes after its latest single has broken record after record.

"Blackpink will be aiming for the global market under a systematic and thorough plan," the agency said.

"A project with the world's biggest music group Universal Music is also in action, which will allow Blackpink to make a bigger jump."

The group's latest and biggest hit released in June, "How You Like That," will be the lead track of the album.

Blackpink full-length album album How You Like That YG ENTERTAINMENT