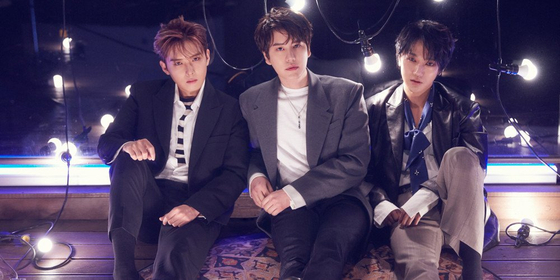 Super Junior-K.R.Y., a subunit of boy band Super Junior, will hold an online concert to celebrate its first Korean EP titled “When We Were Us” released last month, its agency Label SJ announced Thursday.

The concert, dubbed “Beyond Live - Super Junior-K.R.Y.: Moment with us" will be broadcast live on Naver V Live on Aug. 23.

This is their first concert since their Asia Tour concert in 2015, which visited 10 different cities and attracted about 120,000 fans.

The “Beyond Live” concert is an online paid concert that combines the performance with technologies such as augmented reality and real-time 3-D graphics, allowing interactive communication between artists and fans. The first “Beyond Live” concert was held on April 26 by SM Entertainment’s boy band SuperM, selling some 75,000 tickets across the world.