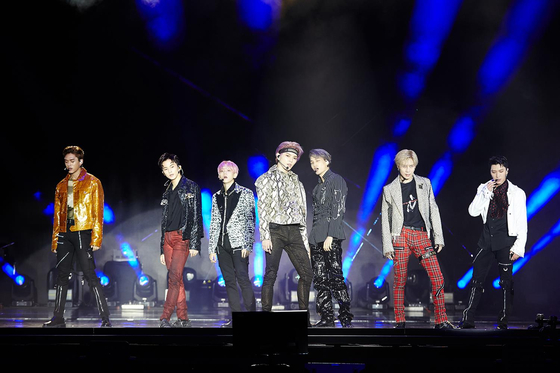 
Boy band SuperM will drop two new singles before the release of its first full-length album next month.

According to the band's agency SM Entertainment, SuperM will drop a new single titled "100" on Aug. 14, and another one titled "Tiger Inside" on Sept. 1.

The two singles will be included in the final full-length album to come on Sept. 25, titled "Super One" — which means that we must all become one in times of need.

This will be the band's first new release in 11 months since its unique debut last year, when seven members of SM Entertainment's boy bands came together to form a K-pop Avenger's team in October. 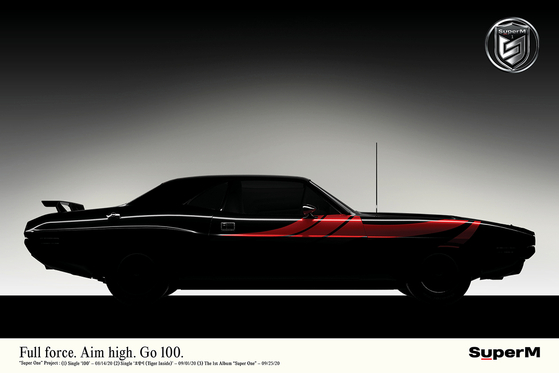 The poster image for SuperM's "Super One" project [SM ENTERTAINMENT]


SuperM consists of the biggest stars in K-pop, that had all previously debuted with their own bands at different times: Taemin of SHINee, Kai and Baekhyun of Exo, Taeyong and Mark of NCT 127 and Lucas and Ten of WayV.

Its debut EP "SuperM" topped the Billboard 200 albums chart, becoming the Asian debut album to achieve such feat. It also sat on the No. 1 spot on eight of Billboard's charts, including Artist 100 and the Top Album Sales.

It held the first paid online concert in April this year, opening up the "Beyond LIVE" series.

SuperM Super One Tiger Inside 100 Beyond LIVE