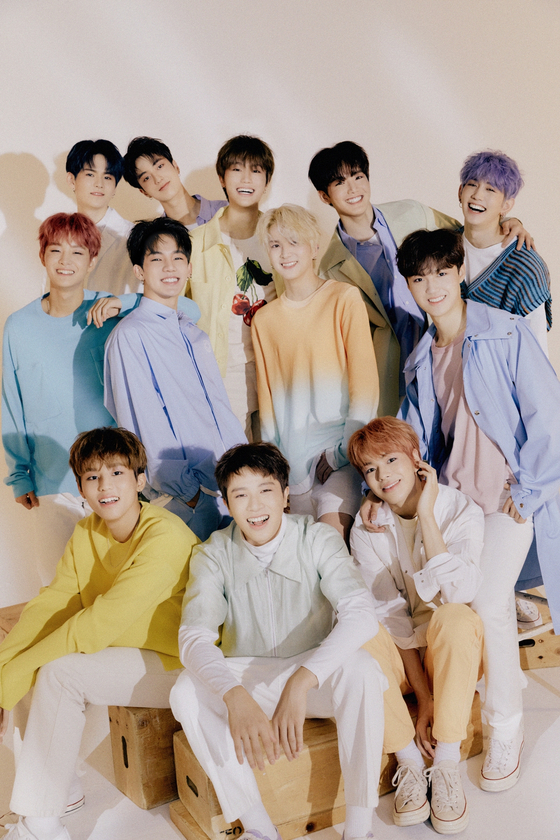 According to the band's agency on Saturday, the lead track “BOY” shot to the top spot on iTunes Top Song charts in 19 regions including Hong Kong, Singapore, Mexico and Saudi Arabia.

As of Sunday afternoon, the music video for “BOY” already surpassed 10 million views on YouTube and the band's live-stream of “Countdown Live” on Naver V Live on Friday garnered 3 million viewers. It was an event that counted down the two hours before the group’s release of “The First Step: Chapter One” at 6 p.m. Friday.

The agency praised the band’s early success, saying it “confirmed the band’s global influence, rare for a rookie group.”

The band's debut has been eagerly awaited in the industry. It is the first K-pop group to be launched by YG Entertainment since girl group Blackpink debuted in 2016.

Consisting of 12 members, the band has a youthful, teenage image. The band had its television debut on the SBS music program “Inkigayo” on Sunday.