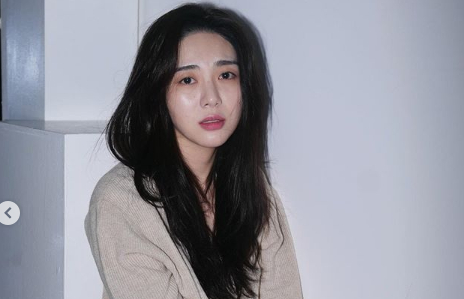 
Singer-turned-actor Kwon Min-ah, known popularly as Mina, was transported to the hospital Saturday after an apparent suicide attempt.

“She is alive and receiving treatment in the hospital,” Woori Actors Entertainment said of the former AOA member.

On Saturday afternoon, Kwon uploaded an Instagram post with an image of her bloody wrist and the words “I’m not going to depart victimized.”

She then mentioned Jimin, an ex-AOA member, and Seolhyun, a current member, and Han Sung-ho, CEO of her former agency, and said they are “trashy people who drove a normal person to [her] death.”

Kwon and Seolhyun have been close both on and off screen.

After seeing the post, her agency called the police, and she was immediately rushed to a nearby hospital.

“I want to go to a happy place. It’s too painful here,” she wrote. “Don’t even think about stepping foot into my funeral. I’m going to torment you after I die. I can’t live with this rage.”

Since the beginning of July, Kwon has been publishing comments saying that Jimin, the ex-leader of AOA, bullied her for a decade to the point where she tried to take her own life multiple times. After the accusations, Jimin quit the group and halted all of her activities in the entertainment industry.

Earlier this month, Kwon unfollowed the Instagram accounts of AOA members, accusing the rest of being “bystanders” as Jimin bullied her over an 11-year period.

“We are sorry to make a statement so late,” the agency stated. “We thought that publicly refuting [Kwon’s claims] would only lead to a proliferation of more provocative issues and thought that it wouldn’t help to resolve the overall crisis. We also dissuaded AOA members from making individual posts regarding the matter.”

The agency also apologized for failing to look after the group. However, it refuted Kwon’s accusations that she did not receive proper payment for her work.

“We have strictly followed the standard payment model and will be legally responsible if any problems do occur,” it said.

The agency also confirmed that Jimin will no longer be active in the entertainment industry.

“She has made her stance clear that she has no wish to continue her activities as a celebrity,” the agency said.

“The most important matter as of now is that Kwon recovers her health,” the agency emphasized repeatedly. “We will try our best to resolve the matter peacefully.”