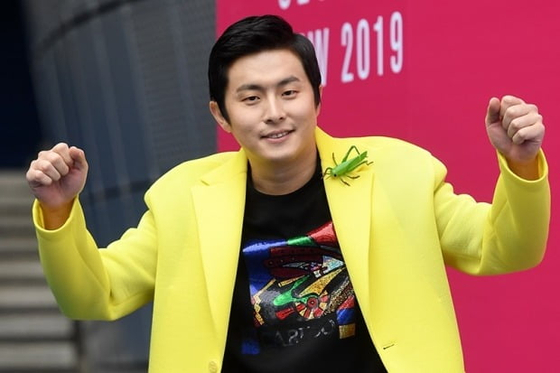 
Cartoonist and entertainer Gian84 is facing strong backlash for his misogynistic portrayal of a female character in his hit webtoon “Bokhakwang” on Naver, with some even calling for him to drop out of the popular MBC reality show “I Live Alone.”

In the latest episode of the webtoon series, the cartoonist depicts the story of a female intern at a major corporation named Bong Ji-eun. Although completely incompetent, Bong manages to become a full-time worker.

It’s implicitly revealed later on that she got the job through sleeping with her boss. The readers criticized that the story was not only offensive to youths looking for employment, but also stereotyped female characters as ggotbaem (gold diggers).

On Wednesday, a Blue House petition appeared demanding that his webtoon series be halted.

“It was ridiculous to see that a female protagonist is admitted to a major corporation through sleeping with her boss who is 20 years older than her,” the petition read. “The mainstream comments say that the cartoonist was making a satire out of a society where women are employed through sexual appeal.”

The petition received over 56,000 signatures in a day.

In response, Gian84 modified some of the problematic scenes and added an apology at the end of the episode. 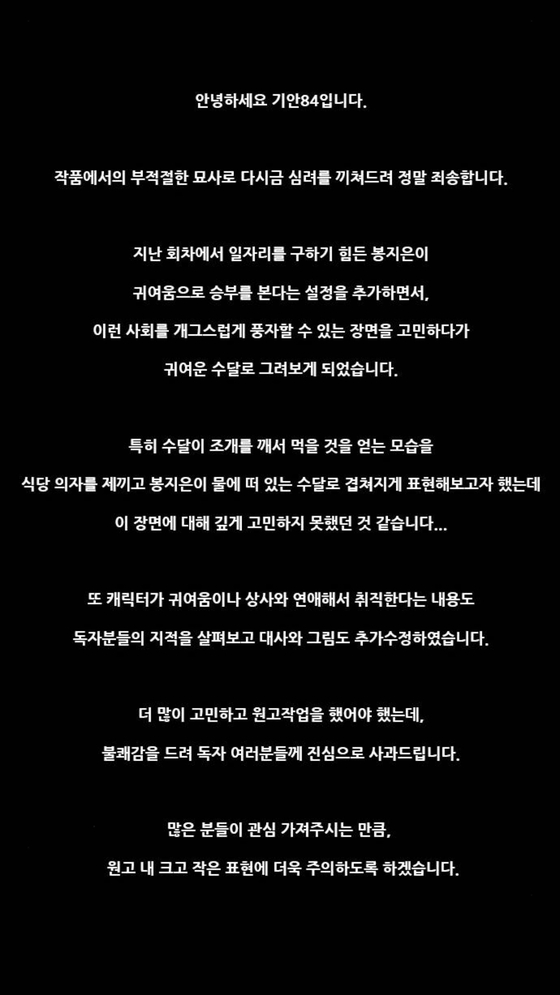 On Thursday, cartoonist and entertainer Gian84 added an apology at the end of the latest episode of his webtoon "Bokhakwang" on Naver. [NAVER WEBTOON]


“I changed the scenes and the dialogue that the readers pointed out,” he wrote. “I should have put more thought into the matter while I was drawing, and I’m sincerely sorry to have made the readers feel uncomfortable.”

Despite his apology, the public remained cold.

This isn’t the first time that the entertainer has come under fire.

In the past, he received criticism when he introduced himself in his blog as “Born in 1984, [I] lived in Gian-dong, Hwaseong, Gyeonggi, a city where women go missing in beautiful fields.” The description was seen as romanticizing the Hwaseong serial murder case that occurred between 1986 and 1991.

In other webtoon series, he faced controversy for mocking the pronunciation of the hearing-impaired, degrading immigrant workers and engaging in racism.

Currently, the comments section in the MBC variety show is flooding with demands that the entertainer leave the show. However, the show said that it has “no stance” regarding the matter, according to local media reports.