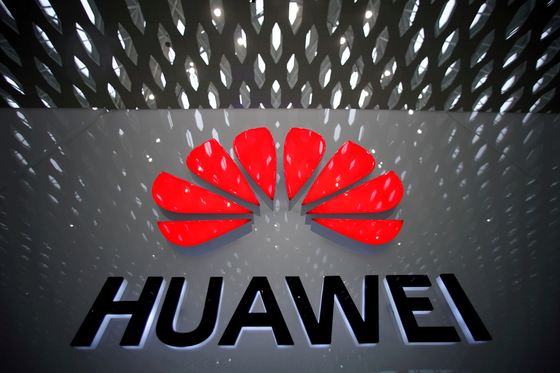 A Huawei company logo is pictured at the Shenzhen International Airport in Shenzhen, Guangdong Province, China on July 22, 2019. [REUTERS]


Korean chip giants Samsung Electronics and SK hynix will likely take a hit from the extended U.S. clampdown on Huawei, according to industry sources and analysts.

The U.S. government issued a fresh sanction on Monday to forbid all chip producers from supplying the Chinese tech behemoth with any chips based on U.S. technology, adding on to previous sanctions banning them from manufacturing chips designed by Huawei or its affiliates.

The tougher measure means that Samsung Electronics and SK hynix might be forced to stop providing memory chips to Huawei due to their reliance on American equipment and software — primarily produced by the likes of Applied Materials and Lam Research.

“The restriction announced in May was only applied to chip manufacturers that fabricate chips designed by Huawei,” said Doh hyun-woo, an analyst at NH Investment & Securities.

In light of the May announcement, Taiwan Semiconductor Manufacturing (TSMC) cut off chip orders from Huawei.

“But this time around, it concerns all chips using American technology, which exerts a greater impact on local semiconductor units,” the analyst said.

Doh went on to note that the sanctions could erode Samsung Electronics and SK hynix sales since the Shenzhen-based company accounts for nearly 10 percent of sales at both companies.

Spokespersons from both companies said that they are closely reviewing the new rule, while declining to comment on specifically how they will respond to the change.

The statement issued earlier this week doesn’t mention specific product segments to be banned; instead, it broadly mentions “production or development of any part, component, or equipment produced, purchased, or ordered by any Huawei entity."

Local media outlets estimate sales to Huawei to be worth around 6.35 trillion won ($5.39 billion) for Samsung and 1.5 trillion won for SK hynix.

Despite the pessimistic outlook, others remain more optimistic, saying that the loss incurred from the sanctions could be offset by new orders from other manufacturers.

“If Huawei has a problem securing memory chips, it will resort to curbing the number of smartphones produced,” said a source in the semiconductor industry who spoke on the condition of anonymity.

“Still, demand for smartphones remains the same, so other manufacturers — such as Xiaomi and Oppo — could place more orders with the chip makers."

Doh predicted that reduced shipments to the Chinese company could also benefit Samsung Electronics, which is the world's second largest smartphone manufacturer as of the second quarter.