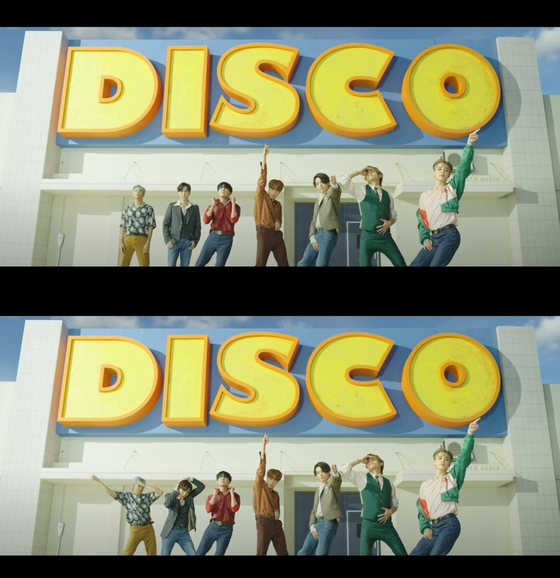 Three teaser photos offering hints about the new song were previously released, but the 28-second post on Wednesday was the first video. It is filmed in a retro style and flows with the music.

The members dance to a cheerful disco beat wearing colorful retro outfits in front of a "Disco" sign.

"Take a glimpse into the dynamic choreography and the upbeat disco vibe of 'Dynamite,' which exudes energy and freshness," said Big Hit Entertainment, the group's agency.

During a live-streaming session on July 27, BTS said the single is a gift to fans struggling with difficulties during the coronavirus pandemic.

BTS will perform "Dynamite" on stage for the first time at the 2020 MTV Video Music Awards in New York on Aug. 31.