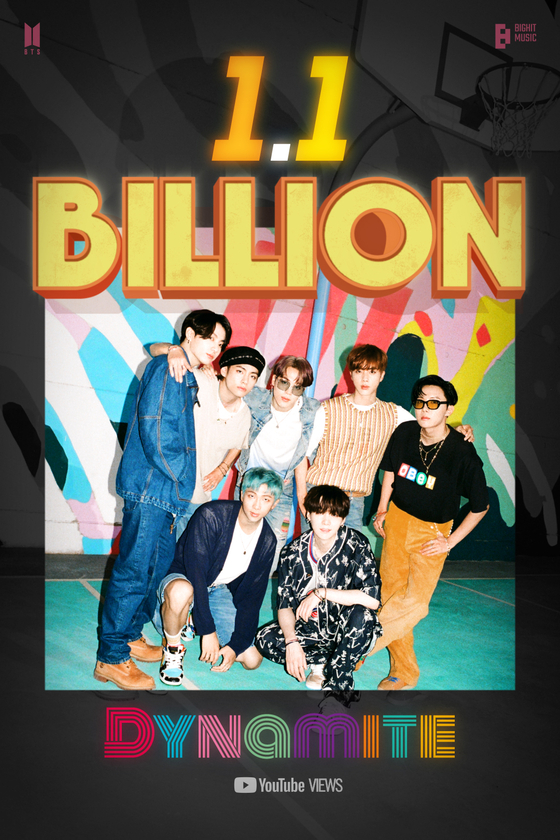 
The music video for BTS’s smash hit “Dynamite” has racked up more than 1.1 billion views on YouTube as of early Tuesday morning.

The band’s agency Big Hit Music released a statement announcing the septet’s feat that comes just 10 months after the release of “Dynamite,” the group’s first English-language single. The music video was uploaded on YouTube on Aug. 21.

It also marks the fastest time for any Korean act to reach the milestone.

The record was previously held by Blackpink and its music video for “Kill This Love.” It took the girl group over a year to breach the threshold.