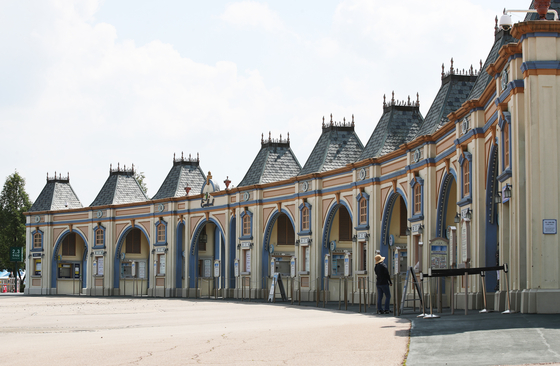 
Analysts are lowering economic projections for Korea following the spike of Covid-19 cases.

The Hyundai Research Institute lowered its growth projection for Korea’s GDP this year from 0.3 percent to negative 0.5 percent.

In a report released Sunday, the institute wrote, “It is becoming more likely [that Korea’s economy] will go through a double-dip recession in a W shape instead of the V-shaped or U-shaped economic recovery we hoped for.”

The report continued: “The economic downturn in key countries in the first half of the year due to Covid-19 was more extreme than expected. Uncertainties, like restrictions of economic activities and depressed demand following the resurgence of the virus, were taken into consideration."

Korea added 397 new Covid-19 patients as of 12 a.m. Sunday, putting the total number of infections at 17,399. Its daily new infections have spiked due to a cluster linked to a church and an Aug. 15 street protest in Seoul.

The research institute projected exports this year will decline 9.2 percent compared to last year due to the sluggish global economy. But it expects investment in construction to inch up 0.7 percent this year thanks to government spending on social overhead capital, which refers to basic facilities and services needed for communities.

Facilities investment is expected to rise 2.2 percent thanks to the semiconductor industry and building on an abnormally low figure last year.

The institute expects the unemployment rate to rise to 4 percent this year due to the reduction of jobs in services and a cutback in regular recruitment by big companies.

“The most urgent priority is preventing a collapse of quarantine and medical services following the resurgence of the Covid-19 cases. But complementary measures designed to ease the negative economic impact that tougher quarantine rules have on  private economic activities need to be devised,” the institute added.

The Federation of Korean Industries announced a similarly gloomy forecast for the second half of the year based on a survey of associations representing six industries, including semiconductors, automobiles and shipbuilding.

The federation projected exports by the six industries in the second half of the year will decline 5.1 percent on year, and exporters' operating profits will go down 13.8 percent during the same period.

Exports by the six industries were estimated to come to $113.8 billion in the second half of this year, down 4.7 percent from $119.5 billion during the same period last year.

“If Covid-19 continues to persist [and spread] at the current pace, the performance of key industries is expected to recover in the second half of next year at the earliest,” wrote the federation in a report. “Active and pre-emptive support policies from the government are needed for companies to overcome the difficulties.”

The spike in cases could lead the central bank to reduce its growth estimate for the year in the Bank of Korea’s monetary policy board meeting scheduled for Aug. 27.

In May, the Bank of Korea projected negative 0.2 percent growth for the country this year, and negative 1.8 percent in the worst case.

“The spread of Covid-19 globally is nearing the worst case scenario while Korea has recently seen the number of confirmed cases rise rapidly in Seoul and metropolitan areas,” said Na Joong-hyuk, an economist at Hana Financial Investment in a report released Sunday.

“It has therefore become inevitable to lower the growth forecast. We estimate domestic growth this year to be negative 1 percent, but if a second major wave of the Covid-19 becomes actualized, the chance of the growth rate standing around negative 2 percent is sufficiently possible.”